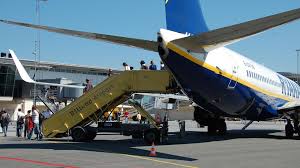 A PFA spokesman said the events reflected that Ryanair had no interest in respecting Danish labour laws. “As a responsible investor, this is not something that we can support,” he told RI.

PFA’s move follows last July’s showdown between Ryanair and the Danish Confederation of Trade Unions (LO) in which LO insisted that the airline enter into collective bargaining for Ryanair workers at Copenhagen and Billund airports.

Ryanair refused, prompting LO to announce strikes at the Copenhagen, Billund and Aarhus airports. Ryanair then reacted by cutting service and relocating aircraft and workers from Copenhagen and Billund to Stansted airport in the UK and Kaunus airport in Lithuania.

In a statement on July 17 2015, Ryanair said: “Ryanair’s pilots and cabin crew in Copenhagen will transfer to theirpreferred Ryanair bases outside Denmark and these well paid jobs, together with their taxes and social taxes, will sadly be exported outside of Denmark solely because of the actions of the Danish unions.”

“As a responsible investor, this is not something that we can support”

PFA, which has DKK573bn (€76bn) in assets, said that prior to the divestment decision, its engagement agent GES had spoken to Ryanair about its view on Danish labour laws. But the dialogue bore no fruit.

The scheme said: “PFA has followed Ryanair’s business practices with worry, including the working conditions of its employees. The (July 2015) case illustrates the company’s lack of interest in adapting to local labour conditions. On this basis, PFA has decided that it does not wish to invest in the company.” Ryanair wasn’t available for comment by press time. Link