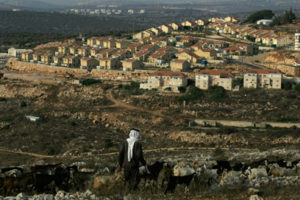 PFZW, the €137.3bn pension fund for the Dutch healthcare sector, says it is reviewing the process by which its divestment decisions are made after protests following its decision to pull money from five Israeli banks, including a diplomatic incident and demonstrations at its offices.

In January, PGGM – the cooperatively owned fund manager which runs PFZW’s assets – announced that it had exited the banks due to their involvement in the financing of settlements in the Occupied Territories. They included Bank Hapoalim, Bank Leumi, Bank Mizrahi-Tefahot, the First International Bank of Israel and Israel Discount Bank.

A spokeswoman said the fund was not reviewing whether to change the divestment decisions from the Israeli banks, nor reconsidering divestment itself.

She said: “What we are doing is evaluating the whole process up till now.“This is a common procedure when it comes to issues with large public impact and exposure like this one.”

The spokeswoman said she could not comment on the timeline for the review nor who would conduct it.

The decision to exit the banks followed a prolonged engagement with the banks about their involvement with financing in the Occupied Territories. In reaction, the Israeli government summoned Dutch ambassador Caspar Veldkamp to “clarify” the decision. Protests have taken place at PGGM’s offices.

The situation was complicated in February when Dutch civil service scheme ABP, Europe’s largest pension fund, announced that it would not be following PGGM’s example in divesting from the Israeli banks and that it disagreed with PGGM’s assessment that the banks had acted in breach of international law.