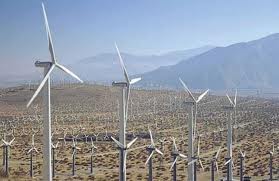 Dutch pension investor PGGM has confirmed that a Mexican wind farm consortium it is backing is seeking a new site for its planned €840m, 396MW project following protests by the local population.

PGGM entered the consortium, Mareña Renovables, with Australian investment bank Macquarie and Japan’s Mitsubishi Corporation in early 2012 to finance what would have been Mexico’s biggest wind park.

Under the original plan, Mareña was to construct an onshore wind park in the southern Mexican state of Oaxaca. Completion of the park, on the Isthmus of Tehuantepec, would include 132 3MW turbines from Danish firm Vestas and was slated for the fall of 2013.

The power generated was to have been provided to beverage firms Fomento Económico Mexicano SA (FEMSA) and Heineken – with 20-year power purchase agreements said to be in place. PGGM said the direct investment was in line with the ESG criteria of its institutional clients.
Yet the project fell apart in mid-2013 following intense protests by the local Huave population which demanded better land-lease terms.To halt construction, press reports said the protestors barricaded the site with rocks and tree trunks and threatened workers. Now in an effort to save the project, PGGM says Mareña is looking for a new site within Oaxaca to build the wind park. “I can’t comment further on that, as that is all the information we have,” said a spokesman for PGGM, which manages €167bn in pension assets. Experts consider the Mexican state to be one of the windiest regions of the world.

According to PGGM, the protests took the consortium completely by surprise. “Prior to starting construction, Mareña obtained all of the legal permits for the wind park. There was even a referendum held in the state which reflected that a majority of the population was for it,” said the spokesman. PGGM also dismissed an allegation by an NGO active in Mexico that Mareña had violated OECD guidelines by not obtaining the local population’s consent for the wind park. “I state that no OECD guidelines were violated at the Mareña project. We don’t know what the basis is for the NGO to suggest otherwise,” the spokesman added. The Dutch National Contact Point for the OECD confirmed to RI that it has not received any complaints from NGOs about the project.