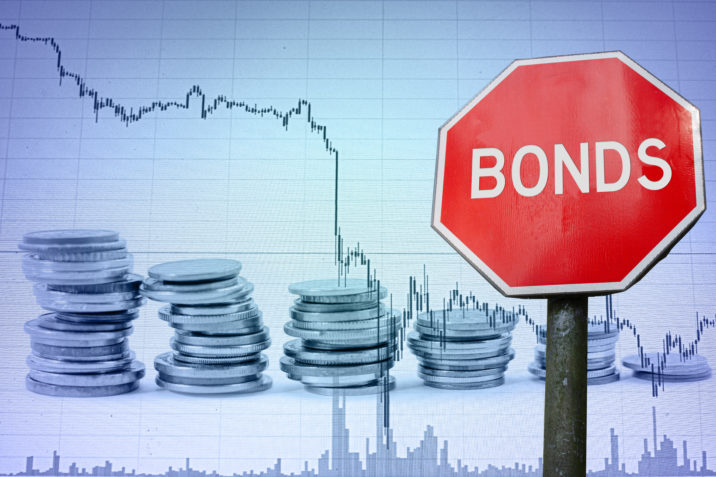 PGIM Fixed Income has revealed it ranks half of all ESG-labelled bonds as low impact as the sector faces a tough second half to the year following depressed issuance in H1.

John Ploeg, co-head of ESG research at PGIM Fixed Income, flags the use of green bonds to fund opex rather than capex as an example of low-impact issuance. “Basically, it’s funding your business as usual,” he says.

For use of proceeds bonds, PGIM measures impact by both credibility and additionality. The firm looks at the broader issuer strategy, and “if there’s no real strategy, the issuer feels pretty opportunistic [and] the credibility is lower”, Ploeg adds.

PGIM’s criticisms come as full-year forecasts for ESG-labelled issuance are being slashed amid market headwinds.

Both SEB and ING expect issuance to fall short of forecasts put out at the end of last year, while Unicredit has cut its forecast from $1.3 trillion to $880 billion. From today’s point of view, many predictions “were too optimistic for sure”, says Julian Kreipl, ESG credit strategist at UniCredit.

Clearly, this is largely due to broader market headwinds. Bond issuance has slumped in recent months due to a potent combination of the Russian invasion of Ukraine, an inflationary environment and fears of recession.

At fixed-income specialist BlueBay, head of ESG investment My-Linh Ngo says her colleagues describe the situation as “brutal”. She notes, however, that the labelled debt market has held up relatively well.

Ploeg agrees. “Green bond issuance is pretty driven by what overall bond issuance is like,” he said. “So yes, it’s down, but as a share of overall issuance it’s staying pretty steady.” In the US and European investment-grade market, he added, the market share has even improved slightly.

External conditions may, however, be deterring issuers from exploring new ESG-labelled structures. “In the first half of this year, we have seen issuers wanting to make use of any market window and not wanting to be slowed down by structuring an SLB [sustainability-linked bond],” says Amrita Ahluwalia, managing associate at Linklaters.

Some structures have proven more resilient than others. While green bonds and SLBs continue to show relatively strong performance, and even transition bonds have experienced a revival in China and Japan, social bonds are expected to struggle as covid-related issuance dies down.

Primary sales soared in the first 18 months of the pandemic, driven largely by SSA borrowers. The EU sold €89.6 billion of social bonds between October 2020 to May 2021 to fund its covid recovery scheme.

By contrast, the bloc’s target for this year is just €4.6 billion. The main borrower in the market year-to-date has been French government agency Caisse d’Amortissement de la Dette Sociale (CADES).

“It will take some time to substitute the EU issuance,” said Kreipl. “We still think it’s a segment that will persist in the future, but we need to find other [social] topics [apart from pandemic support].”

PGIM’s Ploeg also points to issues of measurement in relation to social bonds. “Without those major programmes at the government level, the prospects are a little dimmer just because it’s harder to prove that it actually is having an impact,” he says. “You don’t have a tangible project like you would with a green bond.” The lack of a social taxonomy is also a challenge, he adds.

At the same time, he notes, green bonds are not immune to adverse macroeconomic conditions. PGIM’s green portfolio has a longer duration than its vanilla holdings – 7.5 years versus seven years – which means the bonds are “a bit more rate sensitive”. “If rates whipsaw around, that could affect demand for them as well and how they perform,” says Ploeg.

The inexorable rise of the sustainability-linked bond

Of the 240 SLB issuers tracked by Unicredit, 63 made their debut in the first half of the year, and only two have issued more than twice.

Bankers note that, when an issuer has gone to the trouble of putting together a framework, especially for a more complex structure, there is a strong incentive to use it for multiple deals. For this reason, says Kreipl, the bank sees the highest momentum in the SLB market.

Issuance volumes are not expected to overtake use-of-proceeds bonds any time soon. Catherine Wade, counsel at Linklaters, notes that the ESG-labelled bond market is still dominated by the public sector, which has so far avoided SLBs.

“That means the overall issuance volume of use of proceeds bonds is significantly larger than SLBs and I expect that will continue to be the case,” she says.

BlueBay’s Ngo noted, however, that sovereign borrowers are starting to enter the SLB space. Chile made its debut in the format in March and Uruguay is preparing an inaugural issue with a novel step-up/step-down structure.

Concerns remain in some sections of the market around the sustainability credentials of SLBs. This has prompted voluntary standard setter ICMA to issue more rigorous guidance on technical areas including call dates and KPIs.

Kreipl remains optimistic that quality in the SLB market will increase with transparency. “There was always the risk of greenwashing but all of this will get better,” he says. “Disclosure requirements will increase and therefore also the quality will increase.”

As issuers adjust to more stringent standards, Ploeg says short-term supply may suffer. “But if it ultimately makes these bonds a little bit more credible and additional, then I think there potentially will be more demand for them because they’ll be of higher quality,” he adds.

While 2022 has underperformed expectations, market participants remain optimistic about the outlook for the sector. Kreipl describes 2022 as “a breather” for the market “rather than a trend reversal”, adding that he expects volumes to hit the $1 trillion mark again next year.

He suggests that any disappointment with this year’s performance is due to the fact that the market has been “completely spoiled” by eight years of “more or less exponential” growth.

Ngo agrees that the outlook for the sustainable finance market is still “very positive”. “The market continues to grow, it’s not mature, and I think there’s still a lot of innovation to come,” she says. “There is such a fundamental role for that part of the market to really help facilitate the transition.”

And not everyone is pessimistic for this year. Bram Bros, lead portfolio manager for green, social and impact bonds at NN Investment Partners, stands by his €1.1 trillion forecast for 2022, citing delayed issuance from H1 which he expects set to come to market towards the end of this year.