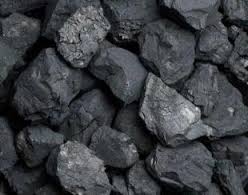 Danish pension fund administrator PKA is taking its anti-coal strategy a step farther, saying it will begin a dialogue with 53 firms which rely on coal for between 25% and 50% of their sales to induce them to reduce their reliance on the fossil fuel.

The move has coincided with US coal firm Peabody Energy filing for Chapter 11 bankruptcy protection.

PKA said that if the companies, which are in the mining and power utility sector, do not present a strategy for reducing their coal consumption with six to 12 months, it will exclude them. For the effort, PKA is using engagement agent Hermes Equity Ownership Services (Hermes EOS) of the UK.

One year ago, PKA excluded 31 companies where coal made up 90% of sales. PKA said back then that the divestment was due to the fossil fuel’s heavy impact on climate change as well as economics. Indeed, prices on shares and bonds from coal companies have collapsed amid a sharp downturn in the industry.

“The shares of the 31 firms blacklisted a year ago have lost more than 60% of their value. Our investments in wind farms returned 7% during the same period,” said PKA Chief Executive Peter Damgaard Jensen in a statement, adding: “This clearly vindicates our green investment strategy.” PKA currently has DKK17bn (€2.3bn) allocated to wind parks and other green investments.

Following the divestment, PKA says it engaged with nine coal companies for the remainder of 2015 to get them to reduce their dependence on the energy source. Of them, four showed progress on that front, while another has been put on a watch list. The remaining four were excluded after refusing to talk.

PKA looks after DKK235bn (€31.5bn) in assets for three Danish schemes in the social and health care sectors.In the statement, Jensen also said PKA had begun divesting firms involved in extracting oil from tar sands. “Tar sand firms have low energy efficiency, high emissions of carbon dioxide (CO2) and require a high oil price to be viable. We have therefore expelled two Canadian firms from the sector,” he said. The names of the firms PKA has divested were not given.

Meanwhile, Peabody Energy says its filing for bankruptcy protection applies to its US operations only and not its Australian unit. Due in part to an emergency $800m loan arranged by Citigroup, the firm says it has enough liquidity to continue to operate its business worldwide.

Responding to the news, Bill McKibben, founder of the fossil fuel divestment campaign group 350.org, said: “Perhaps if Peabody had spent more time and money diversifying their business rather than on lobbying against climate action and sowing the seeds of doubt about the science, they might not have joined the ever growing list of bankrupt global coal companies.”

Added Carbon Tracker, the London think-tank behind the ‘stranded assets’ theory: “A few years ago, Peabody Energy was telling investors demand for coal was going to rise. Today it has filed for bankruptcy. This is a timely reminder that investors must not accept the demand expectations of fossil fuel companies on face value. The demise of Peabody Energy is the most significant signal yet that the global coal market is nearing a structural decline.” Environmental law firm ClientEarth called it “a pertinent example of what happens when directors fail to account for changing market dynamics”.