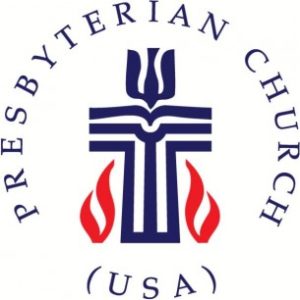 The Presbyterian Church in the US plans on selling off its holdings in Caterpillar, Hewlett-Packard and Motorola because of the companies’ involvement in what it sees as an illegal occupation of Palestinian territories by Israel. The move comes three days after a motion calling for divestment of the three listed US firms was narrowly approved (310-303) at the Church’s annual meeting. That motion stated that Caterpillar should be sold because it supplies building equipment used to destroy Palestinian homes; Hewlett-Packard because it supplies technology for the naval blockade of Gaza; and Motorola because its military and surveillance systems are used in “illegal” Israeli settlements of the West Bank. As a result of Friday’s vote, the Church will sell $21m (€15.5m) worth of shares in the three firms. The church’s total assets at the end of March 2012 stood at just under $1bn, 47% of which was invested in equities. That exposure includes an equity mutual fund worth $447.3m. Immediately after the vote, the Church insisted that the result was not a general indictment of Israel but related specifically to the conflict in the West Bank and Gaza: “In no way is this a reflection of our lack of love for our Jewish sisters and brothers,” said Heath Rada, the Presbyterian Church’s moderator. Gradye Parsons, the Church’s stated clerk, told the New York Times that that while the Presbyterians are committed to Israel’s right to exist, they remain concerned about the occupation and its impact on Palestinian rights. The Church also said that, contrary to some claims by Jewish leaders in the US, the decision to divest was in noway influenced by the campaign Boycott, Divestment and Sanctions (BDS). Launched in 2005, BDS aims to organise an international boycott of Israel due to what it says is the illegal occupation of Palestinian lands based on criticism by the United Nations. Indeed, the Church decided back in 2004 that it would engage with five US companies to get them to end their involvement in the Israeli-Palestinian conflict. Should the engagement lead nowhere, the Church said at the time that divestment was an option. Along with Caterpillar and Motorola, the firms cited were ITT Industries, Citigroup and United Technologies. A number of European pension funds have been engaging with Motorola for several years over its role in supplying surveillance equipment in the Israeli-occupied territories in the West Bank. The Ethical Council of the Swedish AP Funds has been calling on Motorola to pull out of the West Bank for several years, as reported by Responsible Investor. Pro-Jewish groups in the US criticised the Presbyterian Church’s planned divestment. Abraham Foxman, National Director of the Anti-Defamation League, said the blacklisting would create an atmosphere of “open hostility.” “This resolution sends a painful message to American Jews and threatens the long-standing relationship between the Jewish community and the national Presbyterian Church with whom we have worked closely on many issues of mutual concern,” Foxman said.