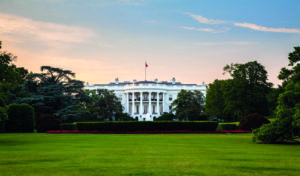 “President Biden is not night and day difference from President Trump. On environmental issues and climate, it’s the difference between heaven and hell.”

The day after his inauguration, US President Joseph Biden unveiled a series of the boldest environmental protection and climate risk mitigation goals of any US president, as well as announcing actions designed to unwind former president Donald Trump’s ‘hellish’ energy and climate legacy. In addition, judges – some nominated by Trump – gave the US Environmental Protection Agency (EPA) broad authority to control greenhouse gas (GHG) emissions from power plants, opening up permission for a huge component of Biden’s climate agenda.

As part of a ‘day one’ executive order, apart from announcing that the US will rejoin the Paris Accord, Biden also scrapped Trump’s presidential permit for the controversial Keystone XL pipeline, designed to bring heavily polluting tar sands oil from Canada across sacred Native American land for refinery in the South Eastern US states. In the same document, the Administration also said it will consider the “full costs” of GHGs in all its decision-making, promising a measurement of the social cost of carbon to be used to justify tighter environmental regulations and additional scrutiny for projects like Keystone XL.

Furthermore, a ‘regulatory freeze’ was introduced ordering all federal agencies to withdraw or delay actions on dozens of last-minute anti-‘environmental protection’ rules issued by the Trump Administration, including weaker enforcement and regulations on methane, fuel economy, energy efficiency, power plant emissions, the sale of oil and gas leases in the Arctic and, as recently as January 6, challenges to scientific studies attempting to establish unsafe exposure to pollutants. The EPA has also asked the US Department of Justice (DoJ) to pause all litigation over Trump rules, indicating it will be reviewing all such underlying rules.

Among the many issues that heads of agencies must now consider are: reducing methane emissions, fuel, appliance and building efficiency, and air pollution. They are also directed to align policy on national monuments and the Arctic National Wildlife Refuge with Biden’s climate policy, undoing much of Trump’s final months in office. A host of other Trump executive orders on climate, GHG emissions, energy and air quality have also been rescinded.

So who has Biden appointed to help him push forward this new climate agenda?

Well, many of the positions and nominations are still awaiting appointment, with a few having passed Senate committee hearings to move on to full Senate confirmation. But as it stands, this is what’s in store…

Perhaps indicating the importance of climate to Biden’s agenda is the appointment of a brand new cabinet level position which does not need Senate confirmation – Special Presidential Envoy for Climate, John Kerry. Kerry, Secretary of State to former President Barack Obama, was instrumental in negotiating the Paris climate accord.

He will be joined by another key White House climate position that also needs no confirmation: National Climate Adviser Gina McCarthy. McCarthy led the EPA in Obama’s second term in office. During the Trump Administration she was the CEO of the Natural Resources Defense Council.

The nominee for the White House Council on Environmental Quality is Brenda Mallory, a former general counsel at the Council as well as holding many positions at the EPA. The position is responsible for assisting with administration policy implementation on climate and energy on everything from pipelines to offshore wind farms.

Four cabinet positions are likely to have particular influence over climate policy. Michael Regan, the former Head of North Carolina's Department of Environmental Quality, has been nominated as the head of the EPA. In his committee hearings, he said he was fully committed to implementing Biden’s climate agenda and was “driven by science and the rule of law”. Janet McCabe will be the nominee for Deputy Head of the EPA. McCabe is an environmental law and policy expert at Indiana University’s McKinney School of Law, and was at the EPA under Obama.

Jennifer Granholm, who has passed the committee stage and is awaiting full Senate confirmation, is the nominee for Secretary of Energy – the position that oversees national energy policy. Granholm, a former Governor of Michigan, worked with the state’s auto industry during the financial crisis, with a focus on clean energy development. During her hearings she reacted to Republican criticism over the move away from fossil fuels by saying that, in contrast to destroying jobs, clean energy innovation will spur new technologies and create more jobs than it destroys.

Former presidential candidate and Secretary of Transport, Pete Buttigieg, is the only nominee to be confirmed so far. He told senators during his committee hearings that Biden’s climate-focused policies were a “generational opportunity” to transform America’s transportation and infrastructure, indicating that the department was likely to strictly enforce fuel economy and emissions standards, while working closely with other departments on ensuring Biden’s fossil-fuel-free federal transport plan comes to fruition, as well as working on infrastructure projects such as increased public transportation.

Nominee for Secretary of the Interior, Representative Deb Haaland, is a Laguna Pueblo Native American elected to the House of Representatives in 2019. She was one of the first two Native American women to serve in Congress and will be the first Native American to fill a cabinet role. Her appointment is likely to lead to increased renewable energy development on public lands and waters, replacing fossil fuels exploration and exploitation.

While not strictly a ‘climate’ position, Brian Deese’s appointment to another position that needs no confirmation, director of the National Economic Council, is likely to be significant for climate finance. After a stint as a climate adviser in the Obama Administration, attempting to include fuel economy standards in the auto bailout after the 2008 financial crisis, Deese was Global Head of Sustainable Investing at BlackRock. His employment record is a demonstration of Biden’s strategy to integrate climate into every government agency.

Already a Commissioner, Richard Glick was nominated as Chair of the Federal Energy Regulatory Commission by Biden in late January. Glick had opposed many of the decisions of chairmen appointed by Trump. Prior to working as an energy adviser to the Obama administration and being appointed to the Commission, he was Vice President of Government Affairs for Spanish multinational utility Iberdrola, working on renewable energy, electric and gas utility, and natural gas storage businesses in the US. If he is confirmed, his focuses will include opening up the grid to renewable fuels and reviewing environmental justice impacts when approving natural gas infrastructure.

While Biden has not yet nominated a Chair for the Commodity Futures Trading Commission (CFTC), his appointment of Rostin Behman as Acting Chair is significant. As a Commissioner, Behman was the sponsor of the Climate-Related Market Risk Subcommittee of the Market Risk Advisory Committee, chaired by financial risk heavyweight Bob Litterman. That committee released a report entitled Managing Climate Risk in the US Financial System in September last year in the teeth of the Trump Administration’s opposition to considering climate risk at all. The Commission is likely to increase its focus on climate risk in financial markets and will work with other regulatory agencies to further disclosures on the issue.

Gary Gensler’s nomination – also awaiting approval – to Chair of the Securities and Exchange Commission is unlikely to have a significant direct effect on climate and energy policy. But it will, in cementing the Democratic majority on the Commission, open the way for mandated disclosures on climate risk as part of US corporations’ financial disclosures. Of even more significance is Acting SEC Chair Allison Herren Lee’s decision to create a new position for a Senior Policy Advisor for Climate and ESG. That role will be filled by Satyam Khanna, who – as well as being ex- counsel to former Commissioner Robert Jackson – served on the Biden-Harris Presidential Transition’s Federal Reserve, Banking and Securities Regulators Agency Review Team. He was also a member of the SEC’s Investor Advisory Committee and Investor-As-Owner Subcommittee, and was a Senior Advisor to the Principles for Responsible Investment.