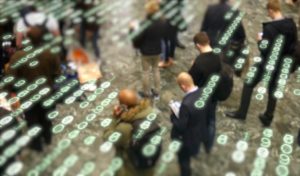 The Principles for Responsible Investment (PRI) is pushing its bondholder signatories to throw their weight behind engagement efforts by Climate Action 100+ (CA100+).

On a webinar hosted by the Transition Pathway Initiative (TPI) earlier this month, the PRI’s Head of Fixed Income, Carmen Nuzzo, said it had “written to all our PRI signatories who have substantial FI [fixed income] exposure to invite them to engage on the bond side on Climate Action 100+”.

The webinar was titled, ‘Corporate Bonds: Is it time to deny debt to companies not aligning to the Goals of the Paris Agreement?’ – a growing talking point among responsible investors.

Nuzzo added that the PRI will “reach out also to all those that have signed [up to CA100+] already on the equity side to ask if they can bring [in] their fixed-income colleagues”.

According to the International Capital Market Association, the overall size of the global bond markets is around $128trn, but it has long been overlooked as an asset class through which to engage with issuers on topics like climate change. While shareholders own a stake in an entity and therefore have recourse to the tools commonly associated with engagement, such as proxy voting or the filing of resolutions, lenders do not.

Speaking to RI by email, Nuzzo said the role of bond investors “has not been clearly/comprehensively defined in comparison to equity investors”, although she noted that big fixed-income houses like Pimco are already CA100+ signatories. She explained that the PRI is “keen to explore” what “escalation pathways are available to bondholders” when engaging with corporate issuers, and discover “if there are lessons that can be extrapolated from CA100+ for bondholders for future investor collaborative initiatives”.

The PRI is one of five partner organisations behind CA100+, an initiative launched in 2017 to promote collaborative investor engagement with the world’s biggest carbon emitters. It now boasts more than 500 members, representing $47trn in assets under management.

But the initiative will become more reliant on bondholders for victories, since adding a number of state-backed firms, including Saudi Aramco and Petróleos Mexicanos (PEMEX) to its list of target companies this week. These firms, which play a major systemic role in carbon emissions, often have governments as majority owners, making traditional shareholder engagement impossible. As a result, stewardship through fixed-income will become essential.

My-Linh Ngo, Head of ESG Investment at Bluebay Asset Management, the fixed-income house that will lead CA100+’s engagement with PEMEX, said that investors must “think about bondholder engagement along the issuance lifecycle and understand where we have these pressure points”, pointing to refinancing and new issuance as crucial opportunities for influence by responsible investors.

Head of Stewardship for Climate Change at the PRI, Ben Pincombe, described the outreach with fixed income signatories as “relatively informal” and told RI that it had been going on for around a year.

Last week the PRI also published a guide on ESG engagement for sovereign debt investors, which Nuzzo said formed part of the PRI’s attempt to promote a “broader view of stewardship”.