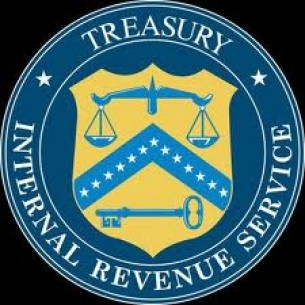 In late April, the US Internal Revenue Service (IRS) made an easily glossed-over but important move when it proposed nine new examples of permissible program-related investments, the low-rate loans, loan guarantees, and other types of investments that foundations make for charitable ends. The new examples don’t add to or modify the tax code; rather, they draw from private-letter rulings and existing regulations to consolidate and clarify the IRS’s stance on acceptable program-related investments, an area often considered to be offputtingly mystifying by foundations, especially the small and medium ones that lack in-house counsel. But the IRS shift is significant: a special task force of the American Bar Association had been lobbying it to take such an action for the past decade and industry experts predict that the new examples could play a crucial role in galvanizing foundations of all sizes to consider this type of impact investing with less wariness and more imagination.
James Joseph, a Washington, D.C.-based tax lawyer with Arnold & Porter, says: “A lot of foundations are very conservative about these kinds of investments, and have been nervous about doing things that the IRS hasn’t clearly approved. These new examples help foundations realize that they can relax, and look more creatively at some of their investments.” Traditionally, foundations have served their missions by dispensing grants; money that helps a foundation provide a social benefit, but that the foundation won’t see again. Not so with PRIs. Though the aim of a PRI, like a grant, centers on the betterment of society, these types of charitable dollars aremeant to fulfill their beneficial role and then head back into the foundation’s coffers, occasionally bringing with them a modest financial return. A PRI could take the form of a below market-rate loan to a company that’s struggling to gather funding to develop energy-efficient technology, or a loan guarantee for a health-food co-op that is working to open in an urban area where obesity rates are high. The new IRS examples emphasize, among other things, that the investments can be in a foreign organization, that a high rate of return doesn’t immediately disqualify an investment from being a PRI, and that, as long as the investment serves a charitable purpose, it can be in a for-profit company. Though they are technically investments, PRIs aren’t part of a foundation’s endowment; instead, they’re treated as grants, and count towards the organization’s 5 percent annual distribution requirement. This is a crucial distinction when a foundation director realizes she can think of a PRI not as a weak, risky investment for her endowment, but as a way to help her grant money replenish itself. As government funds remain tight and bank loans hard to come by, PRIs are increasingly being seen as a timely solution for both foundations and the charities and social enterprises they serve. Bill Sutton, U.S. head of philanthropic services at UBS, says: “I think foundations have been forced to really look at the fact that their asset levels might have gone down, but need has not. They’re saying, ‘Gosh, if we can use some of our assets in a sustainable manner, and some of those assets could come back to us, we could continue to make a difference beyond just the grants.”

Andrew Schultz, national director of community and legal relations at Fairfield, Connecticut-based Foundation Source, takes an even bigger-picture view. Using PRIs, foundations can establish a framework for partnerships with the private sector in an economy when government funds are limited. Schultz says: “One of the historical approaches of foundations was they were sort of in social research and development, and then they’d go to the government and say, ‘We’ve figured out how to solve this, take it to scale.” Now that government funding isn’t as forthcoming, he adds, the most attractive source of potential revenue sits within the private sector: “PRIs facilitate these partnerships with the private sector where you can ensure the foundation is purely charitable, but once it achieves proof of concept for a given idea, and it’s scalable and marketable, then private interests can do that. PRIs allow you to set that up from the outset.” As the IRS’s updated guidance and the wider economicconditions continue to make PRIs a more and more attractive option for foundations large and small, the market is likely to respond with solutions to make PRI structuring and investing easier. For example, an organization called the Grassroots Business Fund gathers PRI investment opportunities into mutual fund-like bundles for those foundations who don’t have the means to source their own impact investments. Sutton, of UBS, predicts that the structure of the foundations themselves will begin to change too as PRIs become more mainstream: “Often, foundations have the investment people on one side of the room and the grant-making people on the other side of the room. But some clients of our clients have them sit right next to each other,” he says. “I think that’s the future, because if you do that, the impact will be greater than the sum of the parts of just those two entities. Foundations are going to earn money and they’re going to give away money. Why can’t those groups work together?”