Responsible Investor
Home Asset classes Proposed EU Ecolabel to allow up to 80% of fund assets to...
Return to search
Environmental 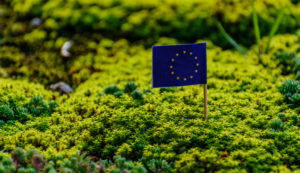 The European Commission (EC) has proposed reducing the minimum threshold for green equity investments and introduced a transition element for the planned EU Ecolabel for retail sustainable financial products after the first round of market feedback described the criteria as being ‘too ambitious and not achievable’.

According to the EC’s second Technical Report on the issue, published just before the start of the Christmas holidays, most stakeholders “considered the criterion proposal to be 'strict' and therefore counterproductive to the uptake of the EU Ecolabel.”

The Ecolabel is an existing EU certification awarded to a range of products which meet high environmental standards aimed at end consumers. The scheme is being extended to include financial products for the first time to “enable retail investors to identify products that finance the climate and ecological transition”.

The revised criteria require a minimum of 60% of portfolio assets invested in eligible green investments for equity funds – a reduction from the previous threshold of 70% – to be eligible for the label.

But perhaps the most consequential change is the introduction of a “three pocket” approach which would allow fund managers to meet the 60% threshold by investing “in transition activities” and “to leave room for diversification”.

The first pocket consists of green companies, or those which generate at least half their revenue from green economic activities, while the second pocket relates to companies in transition or those generating 20-49% of green revenue.

Both green and transition pockets can count towards the overall 60% green threshold for the fund, although a minimum 20% of a fund’s total assets must be invested in the green pocket.

The third pocket refers to the remaining 40% of a fund’s total assets which can be invested in companies that do not meet the green or transition revenue criteria, cash or any other assets.

Hypothetically, a fund with a maximum 80% of total assets invested in non-green companies – comprising the transition and third pocket – would still be eligible for the label.

According to the Ecolabel criteria, funds are not permitted to invest in, for example, fossil-fuel related production and sale, nuclear energy, manufacture of pesticides, waste management services which do not meet enhanced standards, tobacco or companies which breach human rights and labour standards.

A major departure from the first draft criteria is the inclusion of savings and deposit schemes as an eligible product category. The ‘greenness’ of a savings account can be assessed by the proportion of deposits earmarked for the financing of green activities or ‘green loans’, although the minimum threshold which will be the basis for the Ecolabel is “to be determined.”.

"I think if you start with watered down standards, it gets much harder to tighten later" – Sirpa Pietikäinen

The second Technical Report – which at 119 pages runs twice as long as its predecessor – includes a new engagement criteria which would require fund managers to “engage regularly with at least half of the companies that have less than 50% green activities”. Funds applying for the label will be asked to provide specific environmental topics raised via engagement, voting records, co-engagement with other shareholders and other “evidence showing the percentage of companies engaged”.

In an Ecolabel-eligible equity fund with the worst possible environmental performance, managers would need to “engage regularly” with 40% of portfolio companies.

Ecolabel-badged funds will not be permitted to hold US treasuries due to the US withdrawal from the Paris agreement, although exemptions could be granted to unlabelled issuances from US states which demonstrate “strong evidence of political commitment” with Paris.

Reactions to the revised criteria have been mixed. Sirpa Pietikäinen, the Finnish MEP who helped to guide the EU green taxonomy through the European Parliament as ‘rapporteur’, told RI that the introduction of a transition pocket was unnecessary as the taxonomy already included transition activities.

“The taxonomy includes enabling and transitional activities as part of the compromises made during political negotiations, so this already widens the scope of the Ecolabel. If you start with watered down standards, it gets much harder to tighten later,” she said.

Other politicians to criticise the new proposals include Bas Eickhout, fellow green taxonomy rapporteur, who noted concerns over how many funds could meet the original proposals, but added: “I doubt that the right solution is to loosen the draft criteria. The Ecolabel should not only be constructed with the current market in mind, but also with the transformation that the new sustainability ambitions such as the European Green Deal should bring”. He suggested a more tiered approach to labelling green funds.

Edoardo Carlucci, a policy expert at EU campaign group Better Finance and member of a group of experts advising the EC on the label criteria, said that the original proposals were preferable, adding that the second draft “ provides too much flexibility for managers to comply with the green threshold and will result in a huge variety of labelled funds”.

He claimed that the new criteria would confuse the market “as it is not immediately clear how green an Ecolabel fund is, whether it has the maximum 60% of assets invested in eligible green securities or the bare minimum of 20%.”

“We don’t think the most important thing for Ecolabel products is to maximise market share. Rather, it is to create a new generation of finance products with high environmental standards.”

The expert advisers that developed the criteria, known as the ‘sub-group’, was appointed by the EC in 2018 after an application process, and includes stakeholders from both the market and civil society such as BlackRock – which joined investor group Climate Action 100+ yesterday – Amundi, BNP Paribas, UKSIF and the European Investment Bank .

Some stakeholders were more positive about the development, though.

A leading French ESG asset manager compared the revised standard favourably with the French Greenfin sustainable funds label, described as “one of the most demanding existing green labels in Europe”.

“The amendments to the criteria only concern equity funds and, in our view, go in the right direction. This is due to the still very limited offerings on the market of ‘pure’ or ‘significant’ players/ listed issuers that derive most or a major share of their revenue from green activities.

“This new proposal is therefore much more realistic than the first version of the draft ecolabel, while remaining challenging: we are still in the process of evaluating if even the greenest funds that we know could comply with this new proposal.”

Anne-Catherine Husson-Traore, CEO of French sustainability specialist Novethic – which is also represented on the Ecolabel subgroup – said: “We are pragmatic and will support any tools which are helpful to transitioning the economy.

“Under the transition pocket, for example, the 20% minimum for green revenue is a feasible target which can encourage companies just starting out on their transition to increase their focus on green economic activities. The previous proposal would have only been relevant to companies who are already green.”

The project is in the second half of its two-year timeline. The latest Ecolabel criteria is open for public consultation. The sub-group will meet on January 30 to discuss its own feedback, with a third draft criteria document is expected to be submitted in November 2020 after a final round of consultations for approval by the EC.