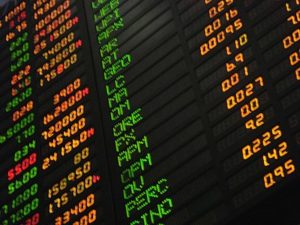 Public equities account for 14% of the $502bn impact investment market, according to the Global Impact Investing Network’s 2018 investor survey. The impact investment market has traditionally focused on private markets – where impact is usually targeted and project-specific. But in recent years there has been more public market funds launched – a shift away from the original ‘strict, targeted’ approach to achieving impact. But proponents argue that public markets are vital if impact is to achieve scale. Responsible Investor explores the issues and analyses some impact funds in the public equity space.

A recent report analysing the rise of public equity impact investment funds highlighted that BlackRock’s offerings in the space include investments in ExxonMobil, Philip Morris and Amazon.

According to Morningstar Direct, the holdings of the $226.2m BlackRock BSF Impact World Equity fund as of February 28 2019 included oil and gas majors Chevron, Shell and Total as well as tobacco stocks such as British American Tobacco and brewing giant Heineken.

But its holdings in Exxon Mobil Corp and Chevron are underweighted compared to its Russell 3000 benchmark.

BlackRock declined to be interviewed for this feature but it sent the following statement:

“Many investors want to combine sustainability, active returns, and risk awareness without significantly deviating from a widely-used equity benchmark, such as the Russell 3000. Our Impact Equity funds help our clients meet those multiple objectives by taking a research-driven, systematic active approach to security selection. In these funds, we build diversified portfolios by quantitatively measuring relevant characteristics about companies – from carbon intensity to corporate citizenship – to meet our clients’ multiple objectives, and we help them measure the greater ESG exposure of their investments.”

George Latham is managing partner at WHEB Asset Management that runs a decade-old £330m impact investment fund. He says: “Typically fund managers that have included Amazon and Apple have done so on the basis of the way they run their operations. So maybe they have an ambition to run themselves purely on renewable energy or manage their carbon footprint. This is about how they manage their business.

“But the action of selling more computers or selling more mobile phones doesn’t contribute towards creating a more sustainable world as an outcome. In fact, it is likely to create more environmental waste. Better environmental or societal impact is not the key driver of their sales or their markets.”

They share much in common. There is a focus on intentionality and impact measurement. The UN Sustainable Development Goals are used as a framework – but in differing ways. Fund managers create proprietary ‘impact themes’ such as ‘education’, ‘health’ or ‘environment’ to catalogue their investments.They seek impact data from holdings which some say could lead to culture change over time. There tends to be a bias to small or mid-cap listings as it is harder to assess the impact across complex business models inherent in the large and mega-cap space. And all are responding to investor demand for positive societal or environmental impact.

WHEB’s impact investment strategy started in 2004 and was one of the first funds in the public equity space to be recognised by the Global Impact Investing Network. Latham explains it is based around investing in companies where the product or service is a solution to a sustainability challenge.

Positive impact
“You can apply ESG investing to Unilever whose products include ice-cream and shampoo,” says Latham. “But the impact of using more shampoo or eating more ice-cream doesn’t create a better society or environment. Our first focus is on whether the product is leading to a positive impact and we do this because those markets tend to be growing faster. So an impact focus leads us to growth markets. And secondly, when we go on to look at how they run their operations through ESG analysis, it also tends to lead us to identify higher quality businesses.”

Other impact managers feel there is a strong business opportunity with changing consumer habits towards sustainability and increased regulation such as the EU’s Action Plan on Sustainable Finance.

Latham says WHEB doesn’t rule out large-cap companies, but says it would be “hard to do with integrity”:

“There are very few we can find where we look at the company and can say the driver of value, the driver of growth, the source of revenue for that company, is solving a sustainability challenge or creating a positive impact. When you get into large-cap you tend to morph into ESG. It is difficult as an impact pure play to find many large-caps.”

Sarah Norris, who manages the fund, says Mastercard delivers impact through its target to reach 500m individuals who currently don’t have access to financial services.

With Salesforce, Norris explains the company is under their “education and employment pillar” for impact. “It doesn’t have a gender wage gap or racial wage gap for any of the positions in their company. And that is pressure from the CEO to ensure that there is equality across the board.” She adds its maternity and paternity leave goes beyond what is mandated by its home country (the US).

The Global Equity Impact Fund’s investment thesis is to allocate to companies that are helping countries achieve the SDGs. To quantify this, impact surveys are annually sent, with the data cross-referenced with data sources from the World Bank that the UN uses on measuring SDG targets. It had a 50% response rate this year, and Aberdeen Standard Investments is engaging to improve this.

Norris says Aberdeen Standard is committed to the impact space: it has a handful of impact investment funds and sits on the UK’s Implementation Taskforce on Impact Investment. “This is not a fad. This is not a phase. We do see this as the future,” she says.

“The crux of impact investing in the listed space is that these companies are enabling a switch to a new world. UBP feels very strongly that this isn’t about new fashion.”

Leggett was initially sceptical but says she was surprised to find a rich enough universe to populate a fund without compromising on the intensity of the impact.

Leggett describes finding businesses that are “slightly under the radar” leading to a mid-cap skew for its concentrated portfolio of 35 stocks. She says 50% of companies are only covered by five analysts or fewer. By way of comparison a mega-cap company like Nestle has 35.

“We were surprised at the level of opportunities to create both financial and impact alpha because they were hidden gems.”Eric Rice is portfolio manager of Wellington Management’s $204.3m Global Impact Fund. He agrees positive impact companies are often “misunderstood”.

He gives the example of an energy-to-waste company where a mainstream analyst will tend to determine the fortunes of the company by municipal tipping fees. Rice says” “Our research tells us fortunes are determined by energy prices and recycled metal prices. So the outcomes for these companies are wider than they seem. I say this with a smile because it is a great opportunity for our team. A lot of impact companies are not as well-covered as traditional companies.”

Overall, Rice says one of the keys to choosing positive impact companies is “impact materiality” which Wellington defines as 50% or more of a company’s operations orientated to impact purpose.

“Additionality is also critical,” says Rice. “The solution being achieved cannot be easily met by other means, such as government aid. This means you get a subset of companies that represent more authentic expressions of impact in more straightforward ways.”

Part two of this series will take a broader look at the question of additionality and how public equity impact managers identify their impact.