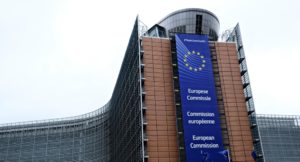 Banks and supervisors should consider how banking activities impact social and environmental issues, as well as how such issues may impact financial performance, BlackRock has said in a long-awaited report for the EU on prudential regulation, released today.

The concept, known as ‘double materiality’, is a departure from earlier definitions of materiality, which focused on sustainability issues that pose financial opportunities or risks to an organisation, but not the risks that business activities posed to the environment and society. It is increasingly gaining traction – particularly in Europe, where last week Swiss regulators embedded double materiality into new disclosure rules. Regulators and market participants in the US are currently divided on the issue, while global standard-setters appear to favour definitions of materiality that stick to protecting companies’ bottom lines.

In today’s report, which explores ways to integrate ESG into EU banking regulation, BlackRock acknowledges that double materiality remains a subject of debate among supervisors – some of whom maintain that “prudential supervision should remain on financial materiality by virtue of their supervisory mandate”. However, it goes on to recommend that banks and supervisors should begin their work on integrating ESG into banking rules by developing “coherent definitions of ESG risks and consider the double materiality perspective”.

“This definition should consist of a granular list of underlying factors under each of the ESG pillars and create a common framework for the understanding of such risks. At the same time, it should allow for geographic or business model-related idiosyncrasies,” the fund manager said.

The publication of the report ends a long-running controversy over the European Commission’s decision last year to appoint the world’s largest asset manager to advise it on sustainability-related banking rules. The move sparked backlash over concerns that BlackRock was incentivised to seek softer regulatory measures on climate due to its significant exposure to oil and gas companies. Eventually, the European Ombudsman waded in, ruling that while the Commission did not sufficiently consider conflicts of interest on the fund giant’s behalf, it fell short of maladministration.

In April, the Commission said that it would consider tightening its laws around conflicts of interest in response to the Ombudsman’s verdict.

Elsewhere in the report, BlackRock suggested that the adoption of publicly-stated ESG targets and risk strategies could “foster accountability” among banks on key issues such as alignment with the Paris Agreement. Supervisors can play a role by providing guidance on how to develop such targets and strategies, it said.

The report also backed the use of stress testing and scenario analysis as a core component of ESG risk measurement – particularly for climate-related risk, expanded efforts by banks and supervisors to enhance ESG data quality and availability, and standardised ESG risk disclosures across the sector.

However, BlackRock shied away from giving its view on whether supervisors should change the prudential treatment of assets to account for climate risk – for example, by reducing the capital requirements for green assets or increasing requirements for polluting ones – noting that the European Banking Authority will make a decision on the divisive subject in 2023.