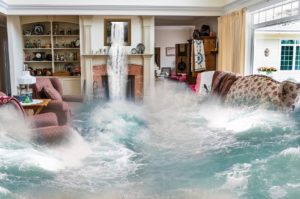 US realtors may soon be required by law to disclose a property’s flood risk and history to prospective buyers, a move which could put house prices on the slide – most notably in coastal regions vulnerable to sea level rise (SLR).

So far, property valuations in these regions have been buoyant despite the increasing intensity and frequency of extreme weather events. In Miami, for example, “king tides”, caused by specific alignments of the sun and moon, have made flooding a monthly occurrence in some areas even in periods of limited storm activity.

The promise of lucrative returns has made coastal real estate an attractive investment opportunity. According to the National Association of Realtors, property prices in coastal cities have risen faster than those in landlocked areas since 2010, with waterfront homes generally more expensive than those just one block inland.

But analysis provided by property valuation platform GeoPhy and climate analytics firm Four Twenty Seven show that at least 88 US real estate investment trusts (REITs) – with a total market capitalisation of $798.3bn – are exposed to the highest measure of SLR risk. REITs generate return through the renting, leasing or selling of real estate.

One factor keeping property prices afloat in flood-prone areas is “systemic fraudulent nondisclosure” (link) among sellers who choose not to inform buyers of the flood risks and history of a property even if they exist.

Currently, flood risk disclosure laws vary significantly by state. A study shows that 22 states have no statutory or regulatory requirement to disclose a property’s flood risks or historical flood damages to buyers.

These include some of the states which are most vulnerable to rising sea levels such as Florida, New York, Virginia and Massachusetts.

A number of property sellers object to accusations of non-disclosure, pointing to voluntary standards and company policies which require disclosure of such risks.

Lawmakers and pressure groups are not taking any chances. A push to reform disclosure laws could soon bear fruit as Congress moves to re-authorise the National Flood Insurance Program (NFIP) before it lapses on the last day of September.

One of the bills introduced to do this, the bipartisan National Flood Insurance Program Reauthorization and Reform Act, will seal the longstanding loophole by explicitly requiring the “disclosure of flood risk and prior flood damage to lessors and homebuyers prior to transfer”.At the same time, efforts are being made at state level. Florida-based consumer group Federal Association for Insurance Reform (FAIR), which is currently lobbying the state legislature, recently authored an op-ed asking for disclosure laws to be passed in the upcoming session as “it has become abundantly clear that Florida is going to be badly damaged in the decades ahead [by climate change]”.

“Many investors may be caught short by new disclosure laws”

Such laws, either at federal or state level, could have the net effect of pushing down the prices of vulnerable properties.

Nils Kok, Associate Professor of Finance and Real Estate at Maastricht University and GeoPhy Chief Economist — and former CEO of real estate sustainability data provider GRESB – told RI: “There is ample academic evidence showing that mandatory disclosure on the environmental characteristics of a building or the presence of environmental hazards in the area has significant impact on the value of both residential homes and commercial buildings.

“Making flood risk disclosure mandatory will help prospective buyers take this risk into account. Prices will likely start to differentiate more strongly based on the presence of flood risk, at least by the capitalized or present value cost of flood risk insurance.”

The development could prompt a strategy re-think among institutional asset owners, who are in increasing numbers looking to real estate as a refuge amid volatile equity markets. A survey of US pension funds by trade publication Pensions & Investments showed the asset class making among the highest gains over the 12 months ending September 2018.

Yet a majority of real estate investors continue to have poorly defined ESG policies. The mainstream investment approach to climate risk is aptly summed by the UK Pensions Minister Guy Opperman as “timing the market perfectly and realigning their portfolios just before valuations tumble”.

The sluggishness of real estate markets to price in the physical risks of climate change has done much to lull the concerns of most investors. Yet, some will be paying close attention to the disclosure clause in the flood insurance reauthorisation bill, currently awaiting the return of Congress from summer recess. Disclosure laws suggest that more stringent regulations could follow as lawmakers come to bear upon the market.

Investors have both direct and indirect exposure to falling real asset valuations.

Additionally, CalPERS has a $44m equity stake in Hong Kong conglomerate Swire, owner of a substantial property portfolio in Miami’s upmarket Brickell district, which lies in an area described as “Ground Zero for [the] nation’s climate emergency”.

Swire also owns the artificial island of Brickell Key – a premium development connected by bridge to downtown Miami – which is just 3ft above sea level. US government agencies estimate that sea levels will rise by a maximum of 6.6 feet by 2100.

Kok believes that even if prices slide as a result of new laws, there will still be investors who choose to dig in and wait, an approach he terms “waiting for the frog to boil”.

“Investors generally are not able to deal with changes that occur beyond a horizon of 12-24 months, and neither are they very good at incorporating the effects of exogenous shocks, an example being climate change, into the current pricing of assets.“As a result, many may be caught short by new disclosure laws which should lead to more accurate pricing of the costs and risks related to flooding.

“As prices respond, some investors may decide to leave flood prone areas, to avoid further depreciation down the line. Other investors may simply incur the higher cost of either flood insurance or flooding events, waiting for the frog to boil.”

In August, rising sea levels was named as a hazard in a Fitch rating action commentary for the Rickenbacker Causeway, a bridge system in downtown Miami. This is the first time SLR has risen as a local issue, a Fitch analyst confirmed to RI. As far as the de facto assessors of corporate health are concerned, climate risks are now core concerns for any business activity.

Considering the vulnerability of real estate to the physical impacts of climate change, new disclosure laws could help investors to make informed capital allocation decisions even though some will lose out as markets self-correct. But lawmakers are against a ticking clock: as the Bank of England has noted, “the window for an orderly transition [to a low-carbon world] is finite and closing”.

To see the data regarding REITS Exposed to Sea Level Rise (SLR) in the US, click here.