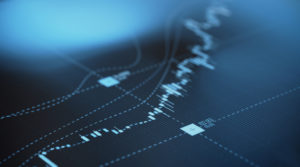 Consulting giant PwC has won a €300k tender from the European Commission to undertake a feasibility study into the introduction of a label for ESG benchmarks, beating three other bidders.

A spokesperson for the Commission told RI that it doesn’t disclose the names of unsuccessful bidders.

Plans to develop such a label were announced in the summer as part of the Commission’s Sustainable Finance Strategy, the sequel to its groundbreaking 2019 Action Plan on sustainable finance.

The planned ESG benchmark category would be similar to the EU’s existing Paris-Aligned and Climate Transition benchmarks, which lay out some basic expectations for indices seeking to support Europe’s climate objectives. The new category would cover a wider range of sustainability and ESG factors.

PwC EU Services, the consultant’s unit dedicated to working with EU bodies and agencies, has until the end of 2022 to compile a report on the impact and feasibility of an ESG benchmark, including supporting legislation.

The study should provide “comprehensive analysis regarding the feasibility of the creation of an EU ESG Benchmark label, including the minimum standards and transparency requirements”, the tender states. Its findings will contribute to the Commission’s formal proposal for the label to European Parliament and Council, due by the end of 2022.

Investors, however, have already commented on the challenges of creating such a benchmark compared with climate-based indices. One investor told RI earlier this year that “ESG scores are all over the place… So if the EU is going to come up with an ESG benchmark they are presumably also going to have to prescribe an ESG scoring framework as well, which requires the equivalent of an ESG taxonomy”.

The Commission hinted at that complexity in its updated sustainable finance strategy, stating that the planned ESG benchmark would take into account the “evolving nature of sustainability indicators and the methods used to measure them”.

Investors have already shifted significant amounts of money into indices aligned with the EU’s climate benchmarking rules. The German Bundesbank, for instance, announced in July that it was moving €9bn of public pension money into eligible indices.

The Commission has also said it planned to review the minimum standards for both its Climate Transition Benchmarks and Paris-Aligned Benchmarks, to ensure that the underlying assets are compliant with the EU’s Green Taxonomy.