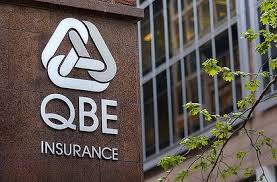 QBE Insurance Group, Australia’s largest insurer, has earmarked $A111m (€76.6m) to invest in social impact bonds globally over the next three years, in a bid to help kickstart the sector and enter a nascent asset class that’s not correlated with the rest of the market.

Speaking to Responsible Investor about the commitment, Gary Brader, chief investment officer at QBE, said the move was an “expression of intent to show that institutional money was ready to come to the social impact investment table”.

The assets will come from QBE’s fixed income portfolio and be in a ‘pot’ as part of its alternatives portfolio.

Brader continued that ASX-listed QBE wanted to help develop social impact bonds as an asset class and create deal flow. He said while there were only a few operational social impact bonds still very early in their life cycle, there had been positive results. In addition, he said SIBs have a very low correlation to other asset classes.

One of Australia’s first social impact bonds, the A$7m (€4.8m) UnitingCare New Parent and Infant Network Programme, announced a yield of 7.5% in August.

Brader said: “We are of the view that the instruments are sufficiently clever that there will be increased deal flow. Like any emerging asset it will take time to enter the market and get a track record.

“But we feel as early adopters we can shape the market and also get a disproportionate share of the gains.” Brader added that Sydney-based QBE, which has a total investment portfolio of A$33.9bn (€23.4bn) wanted to diversify its asset allocation.The social impact bond part of its portfolio will be managed in-house and QBE is currently in talks with several managers of social impact bonds around the world, including Canada, US, UK and Australia.

“We want to play a leading role in taking it mainstream”

“The social impact bonds are at varying sizes of readiness,” said Brader. “It’s early days and some of the transactions are still be framed and we are having the conversations to be able to successfully buy into the market.”

Brader said he was inspired to dip into the social impact bond market after a meeting with Sir Ronald Cohen, the venture capital executive and former chair of pioneering UK social investment bank Big Society Capital and chair of the global G8 social impact investment taskforce.

“We are very excited about the potential of the social investment impact space and social impact bonds and want to play a leading role in taking it mainstream. It’s currently a very small market but there is a lot of promise.

“It is an instrument where the private sector plays a role alongside government to deliver better social outcomes with out sacrificing return – an exciting concept with holistic ambition.”