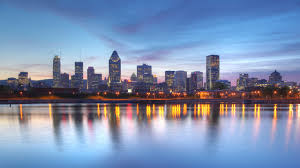 Æquo, based in Montreal, is a new investor-backed firm that leads shareholder engagement with companies for its clients, aiming to improve environmental, social and governance (ESG) practices.

Æquo was incorporated in 2015, but began its practice in early 2016. In its mission statement, it says that companies aligning their practices with good ESG practices will get better long-term returns. It is headed up by Claude Godon, François Meloche and Director of Operations Jean-Philippe Renaut (link).

Æquo was founded by Bâtirente, the Canadian union-linked pension system that is a pioneer in responsible investment, and Le Regroupement pour la Responsabilité Sociale des Entreprises (RRSE), roughly equivalent to the ICCR in the US, so that they could have a greater impact together.

Æquo now provides its expertise to other institutional investors, with a total of four clients so far. Many of its independent directors are from Bâtirente or from RRSE. On the board, for example, is Bâtirente CEO Daniel Simard, a former asset owner board member of the PRI who now chairs the Steering Committee of the PRI Quebec network.

The firm only engages with companies in which its clients have holdings. The Æquo trio described the selection process by which companies were designated for engagement. “It is a three-phase process,” said Godon. “We look at the total universe of holdings and use data from Sustainalytics to rank the portfolio according to ESG scores, within industry sectors. We set a cut-off for the worst performers in all three categories. Then we look at the ownership exposure to see which companies are placing the portfolio most at risk.”

Renaut described a process of quantitative analysis followed by a qualitative one. “We get feedback from clients,” he explained. “And the decision to go ahead depends on whether, for example, we are already in an ongoing engagement with the company, if there is a conversation that has not been concluded, or an engagement attempt that is not being reciprocated.

“In this last instance, we will often leave it for a time until the company shows signs of opening up. Or a client may come to us and ask for a company to be engaged, and we will add them to the list if that is a priority.

“Also, if we are already talking to a company’s peer, we may add them to the list because we are already making progress with the peer and that can support the opening of engagement. Because we are based in Quebec, also, we take proximity into account, same time zone, same language, same area. If other investors who are not our clients are interested in getting on board or who are already engaging with the company we would work with them.”Once the selection has been made, this is followed by analysis and dialogue planning and meetings with the company. Then the firm makes follow-up recommendations for improvement which are typically followed by improvements in the company’s practices.

“The taxation issues engaged on most typically are ‘responsible taxation’,” said Meloche. “With financial and extractive companies this is typically about disclosure – the amount of taxes paid versus what is expected, country by country reporting. There is also a governance aspect, as we encourage companies to adopt policies on taxation that align with sustainability. Meloche pointed to the PRI’s investor taskforce on corporate taxation’s guidance document as a focus for this type of engagement and risk identification.

The group noted that the governance issues engaged on were varied. “Sometimes it is compensation,” said Meloche, “such as at Yamana Gold. But it can as often be about board diversity, diversity of experience on the board and, in particular, the lack of directors with clear ESG experience.”

“Governance always comes in, even when it is not the main issue being engaged upon,” added Meloche. “Our core competencies are environmental and social issues, but governance inevitably comes up.”

“One issue, especially with companies headquartered in Quebec province,” said Renaut, “is dual class shares and voting structures. It’s a very contentious topic. Our clients do not like these structures in principle, though putting up with it is a necessary consequence of holding shares in Quebec.”

“Bâtirente is OK with it,” qualified Meloche, “but only if it is a structure adopted by a smaller, developing company that has a clear timetable to move away from it to a single class of shares.”

Godon added: “Most of our clients, not only Bâtirente, do not like these, on principle, promoting instead the one-share-one-vote concept. But we look at it on a case by case basis when it comes to specific votes. On our side, it is a topic we are looking into, but have not actively engaged with, because of its contentious nature.”

The issues that come up most often are a result of the firm’s focus concerns; human rights and community relations issues at mining companies, disclosure and climate risk at retail companies, disclosure at banks as well, but also financing and investing in industries with poor ESG records and practices. “We look at the carbon footprint of their portfolios, and stress test their lending practices,” said Meloche. “Are they assessing the long-term ESG risks? Do they understand the transition to a low-carbon economy and its potential effects on the value of their portfolios?”

The website provides one case study, on Talisman, then a Canadian company specialising in oil exploration and extraction, operating largely in Peru. In 2008, prior to the firm’s founding, Æquo’s co-founding asset owners began a dialogue with Talisman to develop a policy of free, prior and informed consent (FPIC) to inform its relations with the indigenous people on the land it was exploiting. The case study explains: “The concept of FPIC, a principle increasingly recognized in international law, frames and protects the indigenous peoples’ right to participate in negotiation processes and decision on projects that may affect their lands and resources.”The dialogue was followed by an FPIC shareholder proposal in 2009. “We decided to file a resolution to accelerate the conversation, but we withdrew it subsequently,” said Meloche, “since the company accepted the principles in the proposal and a very positive dialogue continued until 2015, when Talisman was bought by Spanish company Repsol.”

Prior to that, the board adopted a FPIC-based community relations policy that resulted in the company reducing the environmental impact of its activities and supporting local communities.

“For the future,” said Godon, “we want to increase the reach and impact that Æquo has through its engagement. The individuals on our board and current staff are all considered experts in their respective careers, and we will continue bringing this together, building on the credibility and reputation of Æquo. We need to grow and aim for a couple of new clients by year’s end, and continue to assert and enforce this pooled approach-model.”