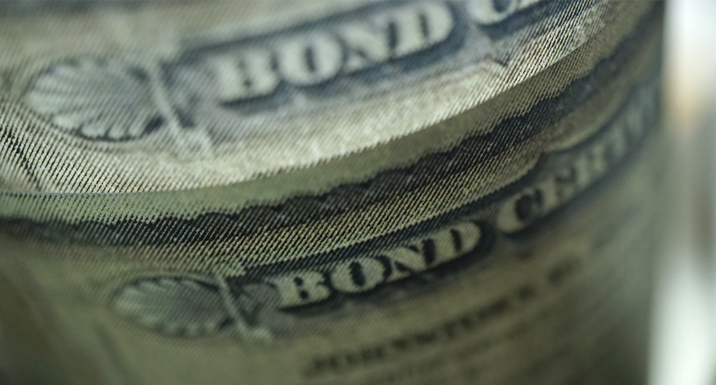 Railpen, one of the UK’s largest corporate pension schemes, is to lead a working group on fixed-income stewardship. The group, coordinated by Institutional Investors Group on Climate Change (IIGCC), hopes to develop an accountability mechanism for bondholders.

The nine-member group will also include Allianz Global Investors, Royal London Asset Management, Ninety One, Neuberger Berman, Jupiter, Insight Investment and Eurizon Capital. On the asset owner side, Railpen is joined by UK pensions giant Phoenix Group. A number of other unnamed investors will support the group’s work.

“When you’re a fixed-income investor you fund a lot of the capital for the company,” said Gopinathan, who will chair the group, “but the expectation is that you don’t get a say unless you’re a majority investor in the entire issuance or something goes wrong with the company and it’s in default.

“The biggest part of it is that there isn’t really an accountability mechanism that bondholders can attach their hooks to. If [a company] doesn’t deliver, what do I do other than not buying their bonds, which any capital provider can do? That’s what the steering group is really geared towards, developing that governance and accountability mechanism for bondholders as a group and getting together best practices from the industry.”

The group is also looking to help bond investors navigate the disclosure landscape, and to work out what disclosures are needed and how to get better disclosures, as well as navigate what makes a credible corporate transition. It will seek to put together engagement guidance for bond investors to supplement the IIGCC’s net-zero stewardship toolkit.

As well as an engagement workstream, the group will also look at best practices for ESG-labelled debt and transition financing within bond investments more broadly.

Learnings from the group’s work will be put to the test via engagements as part of Climate Action 100+ initiative’s Phase 2, due next year, which is expected to include a greater focus on fixed income. The group plans to tag bondholders into equity-only engagements by CA100+ and “see how that works out from an overall capital perspective”, Gopinathan said.

Asked exactly what form the accountability mechanism could take, Gopinathan said that it would not be centered around one feature. “It will focus on an overall strengthening of bondholder governance and use of proceeds. So when a bondholder does commit the capital, they can access the disclosure that they need to understand the company’s climate and its net-zero strategy. They can participate in engagements and get at least equal access as equity investors in terms of understanding and steering the company’s climate transition.”

The group will also be looking to conduct policy engagement. The idea, Gopinathan added, is to “take this to policymakers and potentially regulators, saying ‘this is something that’s needed within the disclosure regime, whether prospectuses or indentures etc.’”

“What we hope is the outputs of this go into feeding some of the discussions with regulators and policymakers [who can] create that accountability mechanism in legal documents themselves.”

Investors taking part in collaborative engagements have traditionally been wary of resulting legal issues. Engagers must take care to avoid falling foul of acting-in-concert rules, and initiatives such as CA100+ often have lengthy disclaimers in place. Gopinathan said Railpen had heard concerns from other investors about legal risks.

The group will look “to provide some broad guidance and have some experts opine on whether or not this would constitute any sort of legal risks for investors”, he said. However, he said, “It is up to investors to take into consideration their own fiduciary duty and their own legal risks,” and that the group would not be providing legal advice.

The group has already met twice, and further work on its engagement framework will be carried out over the end of the year and in to January, with more details on pilot engagements expected to be announced in Q1.

For Railpen, the impetus for getting involved came from a planned increase in exposure to bonds following a year of market sell-offs. “We will endeavour to incorporate these measurements and stewardship activities in doing this,” said Gopinathan.