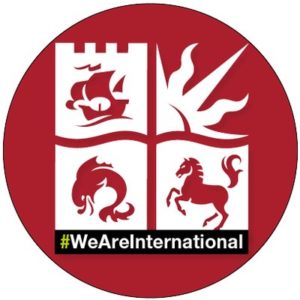 RI reported in March that the university in western England was re-tendering for a new fund manager after revising its endowment investment policy in the wake of a student fossil fuel divestment campaign. Under new commitments, Bristol will “divest its endowment funds from the most carbon intensive sectors of the fossil fuel industry”, it said.

It has now confirmed to RI that as a result of the retender process, Sarasin – which has managed the endowment since the early 2000s – has been replaced.

UK wealth manager Rathbone Investment Management will now work with the university to deliver its climate-focused objectives for the actively managed fund.

Rathbones will now manage the endowment for five years, with the option to extend for a further five years.

At the time the re-tendering process was announced, Sarasin’s Head of Charities Richard Maitland told RI that the firm hoped to retain the mandate.

The university’s initial tender document had estimated the cost of management at £1.75m but the recent notice of award puts the actual cost at £2.7m.

The university said that difference was due to the fact that “the initial estimate was based on historic information” and only covered management fees. Whereas the latter figure reflects “all applicable costs” identified by the prospective managers at the request of the university.

Cost was weighted at 25% in the tender document.

The decision by an asset owner to reconsider an existing mandate on the basis of its carbon exposure is highly unusual. Initially, Bristol University’s board responded to students’ environmental concerns by approving the development of a new fund, the Sarasin Climate Active Endowment Fund, in January 2016.But delays with the fund’s launch due to “legal and regulatory changes” led to a decision by the university to revise its Endowment Fund Investment Policy instead.

According to the university’s policy document, the decision to re-tender is taken “if it becomes apparent that an alternative provider may be better placed to provide the fund management services in accordance with the university’s investment objectives”.

A representative from pressure group Fossil Free Bristol was invited to participate in fund manager interviews as part of the selection process. Speaking to RI, the representative – a student of Bristol University – said that the manager’s ability to meet the endowment’s ethical investment criteria was an important aspect of recruitment.

The university would not disclose which firms were shortlisted, but confirmed that it received expressions of interest from 22 organisations, of which six were invited to submit a formal tender.

The revision to the University’s Endowment Investment Policy – which took place in January 2017— included several amendments addressing climate change. One is the exclusion of companies with “more than 5% of turnover from the extraction of thermal coal or oil/gas from tar sands”. RI was told that the university is currently working with Rathbones to ensure these exclusions by the end of the year.

The updated policy also includes a commitment to “actively manage its portfolio of energy investments, including those in oil and gas, to deliver a material reduction in the carbon emissions from these investments over the next ten years”. The university says this “will be achieved through mechanisms including active investment in those companies that are industry leading performers in carbon management, investment in companies with strong and deliverable commitments to improving their carbon efficiency, and in companies with increased investment focus in non-fossil fuel energy providers”.

The performance of Rathbones will be periodically reviewed and students would be involved in the process.