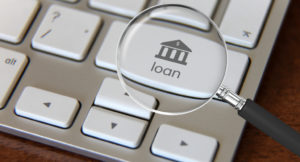 The banking industry is under mounting pressure from shareholders and regulators to decarbonise lending books and reduce exposure to climate risk.

BoE's Executive Director for banking supervision and its head of climate change, Sarah Breeden, described the scenarios as “a really tough ask for the firms” during a conference last week.

Participants will have until the end of September to carry out their scenario analysis, with the final results published at the start of 2022.

The BoE is a founding member of the influential Network of Central Banks and Supervisors for Greening the Financial System (NGFS), which today published its own updated climate scenarios to help its members and the firms they regulate assess their vulnerability to future climate risk. The original framework, published last June, covered eight potential climate scenarios based on different regulatory, technological and policy trajectories. The latest version comprises just six scenarios, and includes country-level impacts and around 1,000 economic, financial,
transition and physical variables. Breeden said the updated scenarios were “much improved” on last year.

‘We’ve made progress on the equities side when it comes to climate, but credit is a very important instrument for capital intensive companies that are not aligned with the Paris Agreement’ – Magnus Billing, CEO of Alecta

As well as growing scrutiny by financial regulators, some of Europe’s biggest asset owners are turning their attention to the role of the banking industry in decarbonising the global economy. Pension funds are often big shareholders in listed banks, and may also use them to broker transactions and provide other services.

Magnus Billing, the CEO of Sweden’s biggest pension fund, Alecta, told RI recently that he was “not comfortable” that it had a full insight into the alignment of banks’ credit portfolios with the Paris Agreement.

As a result, he said, the SEK1trn (€100bn) scheme plans to prioritise engagement with the sector, particularly around financed emissions.

“We’ve made progress on the equities side when it comes to climate, but credit is a very important instrument for capital intensive companies that are not aligned with the Paris Agreement, and are a long way from transforming those businesses,” he explained. “Banks play such an important middleman role here in brokering these credit lines between the pension funds and the issuer.”

Alecta will initially focus its stewardship efforts on securing commitments from banks that they will not finance companies that fall below certain environmental thresholds. It will also call for conditions to be included in credit agreements that steer financing towards decarbonisation, and will address “relevant data and reporting”.

“Engaging with banks to stop lending to fossil fuel companies for the purposes of exploration, and to phase out lending to fossil fuels companies for any purpose where they are not making efforts to align with the goals of the Paris Agreement is absolutely critical if we are to succeed in making a global transition to Net Zero,” Brunel’s Chief Responsible Investment Officer, Faith Ward, told RI.

The asset manager, which runs money on behalf of 10 local authority pension funds, co-filed the first ever climate-based shareholder resolution at a European bank in 2019, followed by a similar resolution by HSBC last year. It has also participated in a number of collaborative engagements with banks in partnership with the Institutional Investor Group on Climate Change and the Transition Pathway Initiative.

In late April, Brunel signed a letter along with a number of other UK funds and Danish AkademikerPension calling on HSBC to rule out providing financial services for oil sands and new coal mines, as well as develop a phase-out plan for existing exposure.

Investment titan Norges Bank Investment Management also confirmed to RI that in 2020 alone, it began talks with 16 banks on how they addressed climate risk in their loan and financing portfolios. It also engaged with Latin America and South-East Asian banks in 2019 over their lending to companies that contribute to deforestation.

Dutch pension fund PGGM said it was engaging with banks in Asia, including Japan and Singapore, in collaboration with a number of other investors. The fund said it has already seen some movement, with a number of banks pledging to stop financing for coal-fired power plants.

Last week, BBVA became the first Spanish bank to join the Partnership for Carbon Accounting Financials, a global project to encourage banks to disclose the emissions associated with their loans and investments. PCAF’s members now run around $40tn in assets.

A day later, think-tank 2 Degrees Investing Initiative launched an independent advisory body for its PACTA tool, which focuses on evaluating and reporting on climate risk for corporate debt portfolios. The new body will consult on potential changes in the governance structure and consider offering the financial markets a more proactive role in developing the tool.

“Banks are being pushed more and more towards clear, harmonised standards for climate disclosure,” said Jakob Thomae, Executive Director of the think tank.