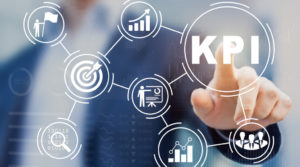 Financial regulators in the EU have proposed new key performance indicators, or KPIs, to measure the alignment of banks, insurers and asset managers with the EU ‘green’ taxonomy.

The regulators – which comprise of the European Securities and Markets Authority (ESMA), the European Banking Authority (EBA) and the European Insurance and Occupational Pensions Authority (EIOPA) – were responding to a request from the European Commission to select appropriate metrics for regulated companies to use in order to fulfill disclosure requirements which are due to come into force in 2022.

Under Article 8 of the Taxonomy Regulation, large non-financial companies will be required to publish the proportion of their turnover, capital expenditure and operational expenditure that relates to activities covered by the taxonomy. The latest regulatory proposals are intended to supplement the Regulation by providing separate reporting requirements for financial companies.

Currently, disclosures will only be required by “large public interest entities” covered by the Non-Financial Reporting Directive (NFRD), which refers to publicly-traded companies with more than 500 employees. However, it is likely that these requirements will soon be extended to other companies as a consequence of the ongoing revision of the NFRD, which is being undertaken separately by the Commission.

For banks, the EBA has proposed a ‘green asset ratio’ (GAR), which would measure the value of climate-friendly loans, advances and debt securities as a proportion of a lender's overall assets. The EBA mooted three additional indicators relating to advisory fees, trading books and off-balance sheet exposures associated with taxonomy-compliant activities.

Under EIOPA’s proposals, insurers will need to report the ratio of non-life gross premiums and investments corresponding to activities identified as environmentally sustainable in the EU taxonomy.

Lastly, ESMA has recommended that asset managers report the total ratio of investments – both stocks and bonds – that are aligned to the taxonomy. According to the regulator, green bonds issued under existing standards should also be admissible as taxonomy-compliant investments until the completion of an overarching EU Green Bond Standard.

Additionally, ESMA called on the Commission to devise a methodology “to estimate the share of environmentally sustainable economic activities funded by sovereign bonds” as the asset class is not currently covered by the taxonomy. As other stakeholders have previously said, there are concerns that taxonomy disclosures could provide a misleading picture of institutional performance on sustainability due to this omission.

The Commission now faces a strict June deadline to adopt the regulatory proposals if the reporting requirements are to enter into force in January, as envisioned. Once endorsed by the Commission, the EU’s Parliament and Council will have four months to adopt or reject the proposals, although this period can be shortened by mutual agreement.

According to the proposals, banks may be asked to report their exposures to both physical and climate risk, actions which support climate transition and adaptation but fall short of the taxonomy criteria, the newly-established GAR, and qualitative disclosures on ESG risks.

Once adopted, the revised Pillar 3 disclosure requirements will be integrated into the EU’s Capital Requirements Regulation. The proposals are now open for market feedback until June and can be accessed here.

The EU taxonomy is due to be expanded to capture business activities that support the EU’s social objectives, as well as its environmental goals. Last week, the group advising the Commission on those plans said it would initially focus on human rights, corporate governance and living conditions, covering the following:

Whilst the original pillars of the EU taxonomy – climate mitigation and climate adaptation – have been praised for being anchored in science, the social pillar will have to rely on international norms and goals like the Universal Declaration of Human Rights and the Sustainable Development Goals, the group said.

The sub-group will release a report on the Social Taxonomy in coming weeks, which will be followed by a consultation and a final version at the end of Q3.