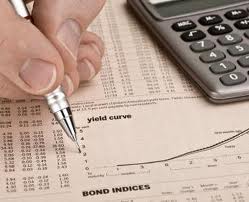 The Climate Bonds Initiative, the not-for-profit low carbon think tank, has put forward an innovative proposal to create Renewable Energy Covered Bonds (RECBs) as a way to get private-sector investment into the low-carbon economy.

It argues that the €2.5trn covered bonds market provides a unique structure offering investors a high degree of security. It could provide a “stepping-stone” to a fully-fledged renewable energy bond market, the proposal’s authors say.

Covered bonds – known as Pfandbriefe in Germany – are debt securities backed by cash flows from mortgages or public sector loans. They resemble asset-backed securities but remain on the issuer’s balance sheet.

The idea has been put forward by Frank Damerow of LBBW Bank, Sean Kidney of the Climate Bonds Initiative and Stuart Clenaghan, Principal of Eco System Services.

Damerow said: “Covered bonds have proven to be a reliable source of term-dated funds for banks to on-lend in specific sectors targeted by policy makers.” The argument is that the bonds are “highly regulated and enjoy superior ratings and lower funding costs”.
Clenaghan added that renewable energy projects don’t have the long-term financial track records that bond investors need – but that covered bonds have a unique feature: the cover pool of assets is “visible and open to analysis”.The Pfandbriefe market grew in the 1990s as the German government used it as a way to support massive post-reunification investment. And it has already been shown that the legal framework can be adapted to finance shipping and aircraft assets.

The advantages of the Renewable Energy Covered Bonds (RECBs) offer are seen as two-fold.

First, banks will have access to cheaper and longer-dated funds to on-lend to designated renewable energy projects.

Second, bond investors would be able to gain exposure to renewable energy assets with minimal adaptation of existing portfolio guidelines.

Kidney said: “Renewable energy covered bonds would be made up of ring-fenced, highly regulated and secure assets.”

A renewable energy covered bond market could be kick-started with guarantees from bodies such as the European Investment Bank (EIB), he adds.

The demand for environmental bonds was demonstrated recently by the 175% oversubscription for a partial climate bond issued by the French region of the Ile de France, underwritten by Credit Agricole.