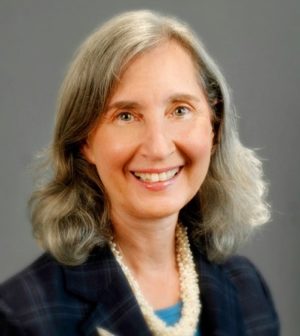 Since the sale of GMI Ratings, formerly The Corporate Library (TCL), to MSCI, one would have thought that Nell Minow – who many see as the Queen of US Governance – would have been able to take some time off. Anyone who knows her, of course, would have laughed at such an idea. With her long-time partner Bob Monks, and Rick Bennett, the former CEO of GMI, and a number of other former staffers, she formed ValueEdge Advisors, a shareholder advisory and advocacy firm.
While not headlining in the way that TCL and GMI were, the firm is working quietly in the background.
“With ValueEdge,” said Minow in an interview with RI, “apart from some consulting and some other projects, our focus is on the conference this fall and possibly one in Europe. I am writing a lot: I write the blog for ValueEdge, sometimes up to three a day, but usually two or three times a week.” The blogs – featured on the front page of the site – cover everything from virtual annual meetings to the outcry over brutality against passengers on United Airlines. They are, typically of Minow, pithy and full of strong opinions.
Minow, however, lit up even more when talking about her other governance role, as director at the 50/50 Climate Project.
“I’m on the board at 50/50 and we just got our Articles of Incorporation last week. Edward Kamonjoh [the new CEO] from ISS is great and we’re just about to hire a number two. I’m very excited about the work that we are doing there and I’m very happy to be a part of it.”

I asked what the priorities were at 50/50, especially during the coming proxy season. “The main thing we’re working on at 50/50 are our initiatives at the largest and most troubling portfolio companies. For example, should we do ‘vote no’ campaigns as well as shareholder initiatives? Should we be expanding into other sectors, because we’ve been dealing primarily with fossil fuel companies? We’re looking into a couple of related sectors, and insurance is the next possible one we’re thinking about.” But the Project is looking, potentially, to expand its work beyond proxy access. “We know that a proxy access proposal is our most powerful tool but we’re also asking whether we should be focusing on compensation, and we make those decisions on a company by company basis.”
One role I discovered that Minow was playing is one she hasn’t played since working for Lens Investment Management, the activist fund she ran with Monks up until the time TCL was founded.
“50/50 is engaging with companies all the time and I may be doing some of that personally myself. Of course, I did this all the time at Lens. I met with CEOs, I filed shareholder proposals, I attended annual meetings, I spoke with board members. In fact, one time I got a phone call from a proxy solicitor asking me to vote with management on a shareholder proposal and I said, ‘Have you got the proposal in front of you?’ and he said yes, and I said, ‘Look at the name of the proponent.’” Enough said. But it is clearly a role that she is relishing again.

“I have done all that and I’m looking forward to doing it again. It’s a return to form for me. It’s something that I had to take a break from. The confrontational aspect was getting to be too much. But it’s in a very different mode from the past. In the past I was talking about asset allocation and more strictly governance-related and performance-related issues. I would argue that climate is still all governance and performance-related but with some very substantive issues associated with it and I’m very excited to be doing it again. My first job when I got out of law school was at the Environmental Protection Agency, I was there for four years, so this has always been an issue that has been very close to my heart.”
Given 50/50’s focus on proxy access, I asked about the conversation I had had with to Jim McRitchie, about the difficulties of nominating a director through proxy access because of the plethora of failure points in the process. McRitchie has doubts that it could ever actually be achieved. Minow countered: “My point of view is that, yes, it is difficult, but it’s vastly less difficult than what we had before. I think it’s achievable and more importantly I think companies think it’s achievable. One of the things we are doing at 50/50 is assembling a database of climate competent board members.“Again, this is something that I did a lot of at Lens, coming up with competent directors. This way we can then submit names to nominating committees directly and say to them, not in a threatening way but in a constructive way, ‘These are the kind of people we think you should put on the board. If you don’t put someone like this or their equivalent on the board then we’ll have to consider our options.’ Proxy access way is going to be a last resort, and that’s as it should be; it should be difficult.”
I asked what she thought about the appointment of a ‘climate competent’ director to the board of ExxonMobil. “My reaction to the appointment of the climate competent director at Exxon was to tell the investors that we’re working with at 50/50 to call and set up a meeting. That’s the only way we’ll see how effective this appointment is. I mean, I think it’s terrific, it’s a wonderful step forward, but we don’t know how wonderful it is and I think a meeting will be necessary to determine that. You know, that appointment occurred in the same week, I think, or at least the same month, as Exxon’s environmental consultant quit in protest over their policies, so that took a little bit of wind out of the sails of the announcement.”
During a number of conversations I have had with the industry, including with Kamonjoh, for example, there have been comments made that a single, climate-competent director could be sidelined by the rest of the board, so I asked Minow whether having one climate competent director on a board was enough. Her reply was, as ever, a practical one: “It’s something, it’s not everything, but it’s a lot better than what we had before, which was nothing. And remember, it only takes one director to ask a question, it only takes one director to affect the agenda, it only takes one noisy withdrawal to create great embarrassment for the company. So it makes an enormous difference.”
Minow had further advice to shareholders wishing to find out whether climate was even being discussed by the board. “I think investors should use their rights under Section 220 of the Delaware code to obtain from companies their board agendas to see how often climate issues are discussed at the board level. They’ll say it’s very expensive, or that you have to come in and look at it in person, or they’ll charge you thousands of dollars for it, but we’re talking about one sheet of paper per board meeting. I think that’s a very practical approach, and if they produce two years of board agendas where climate has come up just once then we can start talking to them about putting it on the agenda more often.”
One of the issues raised by Kamonjoh in his interview with RI was the need to train directors to ask the right questions about climate. Minow’s comments were again practical: “I believe that the things I just described to you are ways of achieving training. Saying ‘why isn’t this on the agenda?’ is a way of educating them to put it on the agenda. It’s not enough to tell people they have to take a class. We make it very clear when we have a conversation with these companies that we’re not just talking about limited operations like coastal resorts; we’re talking about supply chain issues, and also opportunities with regard to developing new products that will appeal to a consumer base that is increasingly sensitive to environmental issues.”
Like me, Minow was heartened to find that the commitments made by US industry to Obama about climate change were holding fast under the new administration. “Another thing that I’m encouraging 50/50 to do is to pay attention to and thank companies that are doing good things. We’re very, very heartened to hear companies responding to the prospective rollback of climate regulations by saying they’re not on board with that. So when [GE CEO Jeff] Immelt or someone makes a statement like that we want to recognize it and hold it up as a good example.” But she was also skeptical. “I don’t know if you’re familiar with the Netflix series ‘Stranger Things’, it’s a supernatural series where the other world, the alternative world, is called the ‘upside down’. I have a feeling that I’m living in that other world, the ‘upside down’ when I’m praising Jeff Immelt as the standard bearer for climate change. I keep waiting for someone to say April Fools.

But I think it’s great and I think that corporations are not stupid; if they want to stay in business under this administration they are going to have to step up to the plate.”
She also had words of encouragement to those activists who were concerned that Donald Trump’s tendency to fire off executive orders rather than actually work through a democratic process was undermining accountability. “I don’t know if you followed this, but when the Republicans were trying to stop everything that Obama was doing they passed legislation that Congress gets to review every regulation that gets put in place. The deadline for challenging the last batch of health and safety rules that he implemented, for example, just passed and everything went through, all the Obama rules just went through.The Republicans put in a lot of speed bumps in the regulatory process: you have to prove this is worthwhile and conduct this analysis and blah blah blah but the end result is it’s going to be as difficult to undo them now as it was to do them. Trump has inspired people to learn a lot more about the political process than they ever did before. A lot of people were freaking out about the executive orders Trump was signing and I was glad to remind them that the president wasn’t the emperor. There is a regulatory process that even he has to get through.”
Finally, I asked if there was any prospect of her slowing down. Her reply was predictable: “I can’t not be active and my activism right now is being expressed through 50/50.”