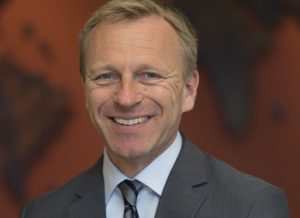 Founded 10 years ago by chief executive Klaus Tischhauser, a former Credit Suisse banker, responsAbility has emerged as the leading privately held microfinance fund provider, with $1.4bn (€1.1bn) in assets under management. Roughly half of that volume comes from institutional investors, including the pension fund for Swiss postal employees (PK Post), which has allocated €121m, and the scheme for Swiss pharmaceuticals firm Roche. The other half comes from retail investors, whom responsAbility reaches through distribution agreements with banks in Switzerland and Germany. Swiss cooperative Raiffeisen is one of those banks and part-owner of the firm with a 13% stake. Its other shareholders include the re-insurer Swiss Re (13.4%), Basle private bank Baumann & Cie (15.1%) as well as Tischhauser and his staff (30%). Beyond MFIs, which account for 94% of its assets, responsAbility has money in fair-trade agricultural companies (4.2% of assets), and in those active in health care, education and energy (the remaining 1.8%). All told, the Zurich-based asset manager is invested in more than 400 companies in 80 countries worldwide. And to find those investment opportunities, it employs specialists in Lima, Nairobi and Mumbai.

Estimates put the total microfinance sector at $30bn, with a big chunk of that coming from state-owned development banks, including Germany’s Kreditanstalt für Wiederaufbau (KfW), the International Finance Corporation (IFC) and the European Bank for Reconstruction and Development (EBRD). The KfW’s microfinance portfolio alone is worth €2.3bn.

Tischhauser attributes his firm’s large share of this market in part to the Swiss culture. “Sustainability is part of the social fabric. The Swiss consume the most fair-trade products of any nation, and environmentalism is widespread,” says Tischhauser, who was interviewed by RI in Zurich.He says that the return from responsAbility’s Global Microfinance Fund, its biggest with €670m from retail investors, has ranged from 1.2% annually in the first few years following the fund’s 2004 launch to as high 7.7% (currency: US dollars). Institutional clients have earned around 5% on their mandates to responsAbility. Tischhauser points out that while investments in MFIs in developing countries are clearly not very liquid, they have the advantage of having little correlation with other asset classes.

“The liquidity argument, however, is overrated. The financial crisis of 2008 clearly showed that when markets panic, liquidity can dry up anywhere – but didn’t in microfinance.” Due in part to growing institutional demand, Tischhauser expects responsAbility’s assets to rise to $2.5bn in 2015.

So investments in microfinance can produce steady returns. But why is it good for the developing countries exactly? Simple. Businesses in those countries get loans for which they, owing to a lack of collateral, would otherwise not qualify. responsAbility and other microfinance players help matters by providing the MFIs – essentially local banks – with capital. They in turn make unsecured loans to the small businesses. “The concept is banal but very effective: All one must do is to promote the creation of local banks which target the vast low-income segment of the population. In Peru, for example, the German system of Sparkassen (state-owned savings banks) was copied, and today there are quite a few of them providing the funding that small businesses need,” says Tischhauser.

Despite the fact that loans made by the MFIs can have interest rates of up to 50%, responsAbility puts the default rate at just 3%. According to the firm, this is because the loans originate from MFIs that can best evaluate the borrowers’ ability – and willingness – to pay back what they owe.

Adds Tischhauser: “Most attempts by the foreign aid community to help fund small businesses in developing countries have failed. That’s because they worked through the countries’ state-owned banks. Borrowers then said: ‘If the money comes from our government, we don’t have to pay it back.’”

Tischhauser further notes that the success of microfinance in developing countries depends onwhether firms like responsAbility eventually exit those markets.

“What we do cannot be the endgame. At some point, the MFIs have to be able to refinance themselves with the savings they get from the local population. This has already happened in Peru, the best-known success story in microfinance, and is about to happen in several other markets,” he says.