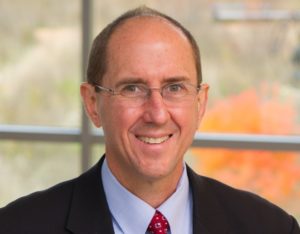 Wespath Investment Management, the in-house asset manager of the $21bn in pension assets from the United Methodist Church, last month became one of the first major pension investment institutions in the US to begin divesting from the fossil fuel industry – in this case firms that are involved with thermal coal – due to its impact on the climate.

Chief Investment Officer David Zellner told Responsible Investor in an interview: “We believe that in most markets, thermal coal will be heavily taxed or significantly replaced by alternative fuel sources. This would result in a meaningful deterioration in the value of companies that derive a significant portion of their revenues from the fuel source.”

While the divestment only affects a small number of firms – thermal coal is just 0.1% of Wespath’s US equity portfolio – the move highlights the leading role it is taking on climate change.

Wespath is, however, not going as far as other responsible investors like AP2 of Sweden in extending the divestment to oil or gas firms.

Zellner says this is because Wespath does not believe the ‘stranded assets’ argument is currently as valid for those fuel sources as it is for thermal coal. He cites three reasons for this, the first one linked to Wespath’s expectation that demand for oil and gas, particularly from developing countries, will remain robust. “We do not see the political will currently to reduce carbon-based energy sources and provide meaningful support for renewable sources,” adds Zellner.

Until things change, Zellner says Wespath will engage with the oil and gas companies in its portfolio to try and minimise the environmental impact of their operations. Wespath also announced in January that it would avoid firms the generate 10% of their revenue in conflict-ridden countries, particularly those where human rights abuses have been systematically documented.Zellner’s views on the fossil fuel industry were partly echoed by the Interfaith Center on Corporate Responsibility (ICCR), a coalition of around 275 faith and socially minded investors that includes Wespath. “Divestment is a blunt instrument that leaves investors with no voice at corporate tables,” says ICCR Executive Director Laura Berry.

As a faith-based investor, Wespath’s exclusions are not limited to firms dealing in thermal coal or operating in conflict areas. As a Methodist body, it avoids firms dealing in alcohol, tobacco, pornography, gambling and weapons as well as those operating private prison facilities.

The exclusions haven’t hit returns. Despite the omissions, the fund has a huge amount of money in stocks, with those from the US accounting for 35% of total assets and international ones for another 19%. Fixed income makes up another 30% of assets, while close to another 10% is invested in what Zellner calls “inflation-protected” strategies like commodities. In terms of what Wespath calls impact investments, the pension investor has allocated $750m to a lending programme for social housing in the US as well as exposure to renewable energy through its private equity funds and shareholdings. It has not yet invested in renewables directly but is looking at opportunities.

With the current allocation, Wespath has generated annual returns ranging from 3.5% to 7%, depending upon the amount of risk the underlying pension plan has assumed. Currently, Wespath only manages money for the UMC-affiliated organisations, but Zellner says that over the long term, his firm may be open to doing so for other faith-based institutions.

In keeping with its PRI pledge – indeed the UMC was one of the founding signatories in 2006 – Wespath takes ESG integration very seriously. It sources company intelligence from Sustainalytics among other sources and relies on Glass Lewis for proxy voting execution.

Says Kirsty Jenkinson, Wespath’s Sustainable Investment Strategist who joined the firm in May 2014:

“Our external managers are expected to integrate ESG factors important to us in their investment decisions. So each year, we require them to complete a questionnaire regarding the extent to which they have done this. We then grade their responses and provide feedback where we think they are not measuring up.” Wespath has not yet terminated a manager for not measuring up, with Zellner stressing that they have always shown that they are making a good faith effort to do so.

In terms of its own engagement with investees on ESG, Zellner cites Wespath’s link to the ICCR, which represents $100bn in assets. Such size bestows influence. Since the start of the year, the coalition helped to get oil giants Shell and BP to back the ‘Aiming for A’ shareholder proposals on long-term climate resilience.

Another example of the ICCR’s effectiveness dates back to late 2012, when the coalition persuaded US chocolate maker Hershey to rid its supply chain of child labour. Wespath also cooperates on engagement with other members of Ceres, the US-based sustainability advocacy group and PRI signatories.Zellner tells RI that while the campaigns with other responsible asset owners in the US have gone well, things have been more difficult with asset managers.

“We once approached a US fund manager that had a great record on sustainability with the idea of co-sponsoring a shareholder proposal to get an investee to file its own sustainability report,” recalls Zellner. “Much to our frustration, the fund manager came back and said it couldn’t do it for fear of potentially damaging its business relationship with the company (e.g. managing pension assets). A conflict of interest existed that undermined its commitment to sustainability.”

Responsible investment in the US sometimes faces an uphill battle, given the fact that half the country does not believe in human-made climate change and the strictly returns-based view of fiduciary duty. But with sterling work from Wespath – alongside SRI firms like Zevin, Calvert, Trillium and major investors such as CalPERS and CalSTRS – that picture is starting to change.