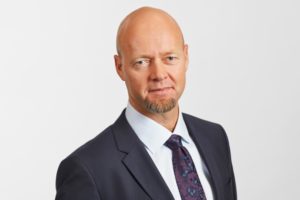 Though always a headline grabber, there has been a lot of news about Norway’s gigantic sovereign wealth fund lately. Last Wednesday, the government announced that it had made a withdrawal from the NOK7.12trn (€755bn) Fund to compensate for flagging revenues from Norway’s fossil fuel sector. Two days later, the Ethical Council, which advises the Fund’s manager Norges Bank Investment Management (NBIM) on ethical exclusions, said companies which develop “killer robots” would be among its recommended exclusions. NBIM generally follows the Council’s advice.

As this week began, it emerged that NBIM last year terminated an investment mandate with fixed income giant PIMCO due to performance concerns. Broadly speaking, the Fund’s asset allocation is 60% equities, 35% fixed income and 5% real estate. In keeping with its responsible investment mandate from the government, NBIM also excludes 73 companies due to ESG (environmental, social and governance) concerns. Sixteen of these companies were in the coal sector. Along with the Council’s input, NBIM has the discretion to make exclusions on the basis of ESG considerations.

To discuss all this and more, Responsible Investor interviewed Yngve Slyngstad, Chief Executive of NBIM.

Last week, the Norwegian government said it had taken money from the Fund for its budget – Was that the first withdrawal in the Fund’s 26-year history?
It was the first withdrawal. If it continues on the same scale, the withdrawal for 2016 will total NOK80bn (€8.5bn). In the context of the fund, that is not large – just under 1%. There are our two purposes for the Fund, the first being stabilisation of the government’s budget. When revenues from oil are high, of course we put money into the Fund. If it collapses like it has in the last two years, then the government makes withdrawals. The Fund’s other purpose is that of an inter-generational savings fund. Considering our return for 2015 (2.7%), we are generating returns higher than the withdrawal expected for 2016. This means we are still buying assets instead of selling them. So we have not been one of the sovereign funds that are said to have been selling equities recently.
You are invested in virtually all listed firms around the globe. What are your minimum requirements for good corporate governance?
At the end of 2015, we were invested in 9050 companies, so I guess you could say we are universal investor. And we divested from 73 firms last year due to risk concerns like environmental degradation, corruption and social issues. We think of our role as a multi-layered effort to improve the way companies are run. This applies not only to corporate governance – like say an independent Chairperson – but also how companies deal with environmental and social issues are of concern to us.
As a minority shareholder, do you agree with the view taken by some that the OECD guidelines on multinational enterprises oblige you to engage with each of them on ESG issues?
There was a long discussion in Norway about whether the OECD guidelines applied to us. There already are two OECD codes that we as an investor use in our approach to corporate governance at multi-national enterprises. But then the question was asked: “You’re a multi-national enterprise, why don’t they apply to your own governance?” We try to ensure that the companies follow these guidelines, but the guidelines are not written to us as an investor.A third OECD guideline for investors may emerge, but it’s not here yet. You also have to consider that for one company, you could have thousands of investors. Two investors were singled out by some NGOs as having to respect the current OECD guidelines. That was the Dutch public pension fund APG and NBIM. But: it would not be reasonable that two investors carry the corporate governance responsibility for all investors.

Your fund is one of biggest institutional investors in the world and a leader in responsible investment. How seriously do companies take NBIM when you engage?
As an asset owner, we start with the position that we support the company and the board. We are not going into a situation where we seek conflict. That said, if we do have an ESG issue, it is much more difficult to get boards in some Asian countries to listen to us than boards in Europe or the US. Also, if a company has a very diverse base of investors, it is more willing to listen. If, however, a company is controlled by a family or the government has a big stake, it’s less likely to listen.

You seem an ideal candidate for the UK Stewardship Code of 2010. Why haven’t you embraced it?
We fully support the goals of the UK Stewardship Code, even though we in general do not sign single codes. We continue to advocate high quality stewardship through our actions, our transparency and our willingness to engage with companies. And in 2015 we supported the introduction of a stewardship code in Japan based on that in the UK.
Following a vote last June in the Norwegian Parliament, the GPFG was ordered to divest from the coal sector, whose carbon emissions are highest of any fossil fuel. What is the status of your divestment?
We actually started selling coal extraction companies in 2013. Those we got out of then had a significant environmental impact on the rainforests in Malaysia and Indonesia. In the last few years, we have begun to exclude other offenders like those in the US that rely on mountain top removals. What’s new is that the government has re-written our mandate to include divestments of utilities where coal represents 30% of their energy mix or their revenues. We are in the process of deciding how many more companies will be excluded due to their involvement with coal.
Is there a deadline for exiting the coal sector completely?
There’s no specific deadline, but we have said that we will do the majority of the screening this year. We have also been given the discretion of not excluding utilities if we think they are on a viable path. For example, an electricity company that wants to reduce its reliance on coal to below 30% and switch to alternative sources of energy like renewables can stay in the portfolio. Therefore, I expect that a final decision on our coal exclusions will not be made for several years.
What is your take on the risk of stranded fossil fuel assets now that we have an international accord (COP21) to reduce carbon emissions?
I’d say investors are aware of the risk and have been taking it into account when valuating the fossil fuel sector. Our take on this is that oil and gas will be part of the energy consumption for many decades going forward. So you have to think about what the relative pricing is and what energy forms will become extinct. Coal firms are the first ones threatened with extinction.

So oil and gas will still be an important part of the mix even if the Paris accord succeeds in limiting global warming to 1.5 degrees Celsius?
It depends on the time horizon you’re looking at. Oil and gas will be part of the energy mix for at least the next two decades, and probably longer than that. Having said that, we will go through an energy transition that will lead to heavier reliance on renewables and less and less on coal. This process will also entail measures to limit the consumption of oil and gas, but for the medium-term, we believe they will remain part of the energy mix.
In a post COP21-world, what is the fund doing in advancing the transition to a low-carbon economy?Our investments in renewables and related themes account for just under 1% of the portfolio right now (NOK54bn). A large part of these investments are growth companies whose business model has to do with energy conservation and efficiency. In terms of renewable energy, we are not invested directly in installations but have exposure to them through holdings in utilities like Iberdrola or US yieldcos (listed firms that specialise in renewable projects). We also own companies that specialise in infrastructure for green energy. Finally, we have NOK4bn in green bonds.
Any chance of the renewable portfolio for the Fund being expanded, say to 5% by 2020?
I think it’s quite possible for that to happen. Whatever we do will be in keeping with our mandate from the government.