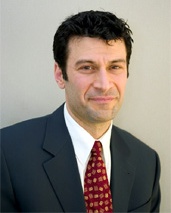 Ethan Berman, the founder and former Chief Executive of RiskMetrics, is to retire from the company’s new owner MSCI, the index group, according to an internal letter seen by Responsible-Investor.com.

Berman, who had an advisory role following MSCI’s $1.55bn acquisition of RiskMetrics, had been expected to depart at the end of the fourth quarter. But the rapid integration of the two companies means Berman has brought forward his plans.

The integration process has resulted in the loss of up to 80 jobs, MSCI said in July. Earlier this month MSCI unveiled a suite of ESG indices including specialist environmental benchmarks under a newly branded division, MSCI ESG Research.
Berman founded RiskMetrics in 1998 when it wasspun out of JP Morgan. Prior to the spinoff, he had been a managing director at the bank having joined in 1987 as a bond trader.

During his tenure RiskMetrics grew from 30 employees to 1,100 staff with $300m revenues in 2010. The firm scooped up a number of operators in the environmental, social and governance (ESG) space: Institutional Shareholder Services (ISS), the Center for Financial Research & Analysis, Innovest Strategic Value Advisors and KLD Research & Analytics.

RiskMetrics went public in an IPO in 2008 and was bought by MSCI in March this year.

MSCI’s Chairman and CEO Henry Fernandez said Berman’s legacy will live on in the “culture and vision” of the combined company.