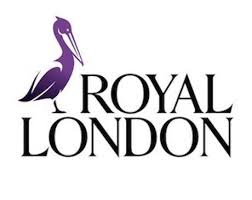 (Corrects earlier version which had an incorrect spelling of Tony Hardy’s name.)

Royal London Asset Management, the UK fund manager with £83.4bn (€115bn) under management, has excluded electric car firm Tesla from its sustainable investment universe due to concerns over its board structure and “extremely high” remuneration.

RLAM says it was “unconvinced” that the board structure would provide a sufficient ‘check’ on the power of CEO Elon Musk. It was also wary of what it called “extremely high remuneration” through stock options – despite what it called a “compelling sustainability case” for investing in Tesla.
“Although we recognised that the entrepreneurial nature of the company explains its current governance model, we took the view that it simply did not pass our test for good governance and it was recommended to exclude the stock from our universe,” RLAM said in its latest Responsible Investment quarterly review.

The decision follows advice sought from RLAM’s External Advisory Committee, chaired by former Church Commissioners CIO Tony Hardy. The committee also includes Rosemary Martin, Company Secretary at Vodafone, and Ben Yeoh, senior portfolio manager of Global Equities at Royal Bank of Canada. RLAM absorbed the CIS Sustainable Fund range when it took over the Cooperative Asset Management in July 2013.According to the RLAM website, the CIS funds withheld support for Musk at Tesla’s AGM last year – and voted against approving an advisory vote on the remuneration of named executive officers as it did “not meet best practice” in its view. RLAM uses research from external providers, such as MSCI, Manifest and RepRisk.

It’s not the only investor to show disquiet. At the same AGM, PGGM also withheld a vote for Musk, highlighting his dual role as chairman and CEO. It, too, voted against pay, noting the CEO equity pay mix is 0% performance-based and 100% time-based. “In light of these shortcomings, PGGM will oppose this item,” the fund manager said at the time. Fellow Dutch investor APG has also in the past withheld its support for Musk.

Institutional investors hold c.62% of Tesla, according to Nasdaq data, with FMR LLC (Fidelity Investments) the largest institutional holder of the stock with an approximately 8% stake valued at $2.8bn.

Tesla, which did not respond to requests for comment, has never declared a dividend on its common stock, intending to retain all future earnings to finance future growth and says it does anticipate paying any cash dividends “in the foreseeable future”.