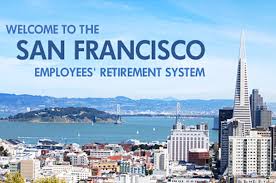 The board of the San Francisco Employees’ Retirement System (SFERS) is expected to vote next month on a motion – proposed by one of its seven trustees, Victor Makras – seeking to divest the fund’s entire fossil fuel holdings.

Real estate executive Makras believes it is not meeting the performance targets of the $20bn defined benefit fund.

The meeting, on August 9, is the latest development in a process stretching back to 2013.

In October that year SFERS’s board and staff were first urged to divest from fossil fuels within five years by John Avalos, member of the Board of Supervisors, the legislative body of the City and County of San Francisco.

Fast forward to early May this year and another Supervisor, Aaron Peskin, reiterated the proposition after SFERS’s board had only agreed to divest thermal coal in December 2015 with its concrete implementation pending a vote that finally took place at a board meeting on May 17.

There Makras proposed a vote to expand on the divestment of 10 thermal coal companies and put forward a motion to prudently divest within a 180-day period from the total fossil fuel portfolio worth at least $474 million, including private equity in coal, as of April 30.

“Our fossil fuel equity holdings comprise 86 investments today […] Two-year returns: 37 were losers, 12 winners; Five-year return: 28 losers, 18 winners […] Not a hard decision to get out of a loser,” Makras said at the board meeting.

SFERS Executive Director Jay Huish requested “the opportunity to provide the information necessary for this board to act or not act” on the divestment motion, to which a majority of trustees agreed – deferring the vote to another board meeting.

SFERS’ staff and its investment consultant, NEPC, are expected to issue recommendations ahead of the vote which may be published with the agenda papers on August 4, although RI understands staff could abstain and leave it entirely to the trustees.Asked about the status of these potential recommendations, Huish did not reply to RI’s request for comment and NEPC declined to do so on matters regarding its clients.

Into this mix came a San Francisco Examiner article by two vice-presidents of Compass Lexecon, an economics consulting firm owned by FTI Consulting, which argued that divestment would be costly for SFERS.

The authors, Christopher Fiore and Todd Kendall, quoted a study that examined how divestment would impact SFERS and other pension funds. The study was funded by the Independent Petroleum Association of America, the Washington-based lobby group.

The authors of the article did not answer to RI’s request for comment at the time of writing.

Former supervisor Avalos told RI: “Compass Lexecon’s clients are fossil fuel corporations like Exxon, who have a record of deliberately deluding the world about climate change despite their very own science. Lexecon can hardly be trusted to put out the truth but I’m worried the SFERS will use Lexecon’s flimsy arguments as a pretext to stay the course on the Retirement Board’s harmful fossil fuel investments.”

Among the trustees who are expected to support Makras’ motion are Leona Bridges, a former BlackRock Managing Director, and local politician Malia Cohen.

Patrick Monette-Shaw, columnist at local outlet The Westside Observer and a SFERS beneficiary, told RI: “I think Trustees Wendy Paskin-Jordan [appointed by the major] and Joe Driscoll [elected member who is a CFA and Fire Department Captain] may potentially be opposed to the divestment, along the lines of the reasoning presented by the two vice-presidents of Compass Lexecon’s Op-Ed.”

The current president of the SFERS board is Brian Stansbury. A police officer and one of the three elected trustees, he voted against divesting from thermal coal in the 6-1 vote in December 2015.

The other elected member, together with Driscoll and Stansbury, is Al Casciatio. The former president of the board, he is former police captain.

According to Monette-Shaw, the predominance of “public safety” representatives (police and firefighters) might be relevant for the vote.