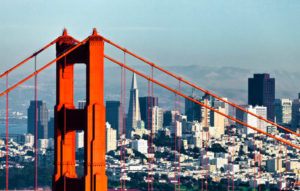 The $26bn San Francisco Employees’ Retirement System (SFERS) has revealed its low-carbon strategies have beaten their benchmarks since 2018, in response to calls to divest its fossil fuel holdings.

Generation Investment Management’s global equity fund, to which SFERS said it had allocated “up to” $500m, was the pick of the bunch – outperforming its benchmark by 575 basis points with a return of 10% (as of June 2020). The strategy claims to be 70-80% less carbon intensive than its benchmark, the MSCI World Index.

SFERS has another $500m invested in Goldman Sachs Asset Management’s Risk Aware Low Emissions strategy, a passive public equities strategy that has at least 50% lower emissions than the Russell 1000. It outperformed its benchmark by 31bps, with returns of 7.7% (as of June 2020).

The California-based fund also revealed a $150m investment in another passive strategy that tracks the MSCI USA Large Cap ex- Fossil Fuels index, and outdid its benchmark by 104 bps with returns of 14.45%.

SFERS disclosed the performance of the low-carbon strategies in an update to its board on its climate action plan.

It comes as the US Department of Labor seeks to draw a clearer distinction between ESG factors and financial considerations for fiduciaries. It is proposing that ESG-related strategies are not suitable default options and calling for additional paperwork to be required by pension schemes wishing to make such a selection.

SFERS also revealed in its board update that, in the year to June 2020, its exposure to public oil & gas companies more than halved to $108m, continuing a trend which over the last five years has seen the fund’s public equity exposure drop by nearly 75% as a percentage of the portfolio.

Its exposure to Royal Dutch Shell, for example, dropped from around $25m in 2019 to $4m in 2020. Similarly, exposure to US oil giants Exxon and Chevron dropped from $28m and $25m to $14m and $11m, respectively. This is likely to have been influenced by the sharp fall in shareprice at all three oil majors earlier this year.