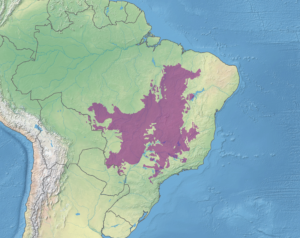 Large long-term loans are to be offered to commercial soy farming businesses in Brazil on the condition they don’t use deforested land, as part of a new innovative finance pilot aimed at conserving the native habitat and the rich biodiversity in Cerrado, the Brazilian Savannah.

The first-of-its kind $50m finance mechanism has been jointly developed by multinational agribusiness Bunge, Spanish bank Santander and the Nature Conservancy (TNC), the charitable environmental organization, in a bid to protect the at-risk Cerrado Savannah.

The Cerrado covers more than 20% of Brazil and is reckoned to be one of the most bio-diverse savannah ecosystems on earth. It holds a significant amount of South America’s fresh groundwater reserves and has over 10,000 species of plants, almost half of which are found nowhere else in the world.

However, despite its environmental importance, it is one of the least protected regions in Brazil, with the more famous Amazon being of higher conservation value to the government. The Cerrado is one of the most threatened and over-exploited regions in Brazil, according to WWF, with unsustainable agricultural activities, particularly soy production, posing a major threat.

The new financing pilot will see $50m in capital provided as loans of up to ten years to four to six large-scale soy-farming businesses. A condition of the loan will be to not use land leading to deforestation of the Cerrado Savannah.

Currently, nearly all loans available to soy farmers are for less than a year to finance their annual crop costs.

Peter Wheeler, Executive Vice President at TNC, explains: “The incentive is that you can’t usually raise money or debt if you want to extend your footprint or invest in production or land. You have to do it out of your profits or resources of the business itself.“You can’t borrow. We are saying we will lend you the money for up to ten years, but you have to sign up to this framework on land use.”

Wheeler says that, as Bunge will have existing relationships with most of the borrowers, it is comfortable that it can monitor their land use. Also, borrowers will make use of Agroideal.org – a planning tool developed by Bunge and TNC to help the soy sector make better decisions around land use.

Soybean production in Brazil has nearly tripled from 2001 to 2017, and the Cerrado has supported much of this expansion. By 2027, it is estimated that as much as 5m hectares of additional planted area will be needed in the Cerrado to accommodate forecasted growth.

Wheeler, who was a board member of environmental investor Climate Change Capital until it was sold to Bunge in 2012, said that, going forward, the pilot could grow to $100m and become a syndicated loan facility considering the size of Bunge’s farmer network.

Of the initial $50m pilot fund, Santander will be contributing 65%, Bunge 30% and TNC 5%. It will offer typical commercial loans, with no concessions in terms of credit.

TNC is no stranger to innovative financing deals linked with impact. Through is impact investing arm NatureVest, it led a $27.3m sovereign-debt swap deal with the Seychelles government where refinancing including a commitment to enhance marine conservation and climate. Its board includes names like BlackRock’s Larry Fink, Jack Ma of Alibaba, telecoms executive Craig McCaw and a range of business and political heavyweights.