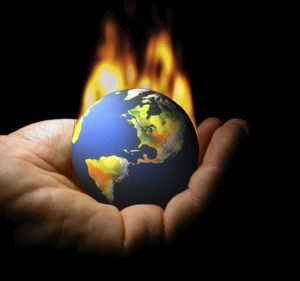 Scottish Widows Investment Partnership (SWIP), the asset management arm of Lloyds Banking Group with £139.9bn (€168.7bn) of assets under management, is trying to build a coalition to help tackle emissions of methane, a more harmful greenhouse gas than carbon dioxide.
Craig Mackenzie, SWIP’s Head of Sustainability, said he is trying to form the group via the UN Principles for Responsible Investment’s Clearinghouse engagement forum. He added the US Environmental Protection Agency was very keen to work with the investor community on the issue.

Mackenzie, who founded ENDS Carbon and the Carbon Benchmarking Project, explained there are relatively simple technological fixes to curb methane emissions, but the issue has been overlooked by the attention paid to carbon emissions.

Methane is more than 20 times more effective in trapping heat in the atmosphere than carbon dioxide over a 100-year period and is emitted from a variety of natural and man-made sources. It is one of the six greenhouse gases covered by the UN Kyoto Protocol.

Mackenzie was speaking at a seminar in London to mark the 20th anniversary of environmental, social and governance research firm GES.Also speaking at the event was Heidi Finskas, Responsible Investment Advisor at Norwegian investor KLP. She said a current focus for KLP is the development of country-by-country reporting, which can be useful in risk evaluation about companies. Asked what improvements she would like to see in the ESG sector, she suggested standardised research data.

She also referred to KLP’s divestment of security firm G4S, whose investor relations director Helen Parris was also on the panel.
Finskas said divestment is a powerful tool – but it doesn’t mean you can’t continue dialogue with companies afterwards. She said there has been a good dialogue with G4S since the divestment. For her part, Parris expressed frustration that her team rarely gets ESG questions from investors.
For example, the company had 200 meetings with investors regarding its aborted merger with Danish services firm ISS last year – and there was not one question about ESG. G4S is currently embedding the UK’s Bribery Act, she added.

Carl Rosen, Executive Director of the International Corporate Governance Network, remarked there is a lot of “window dressing going on” at investors, especially on the environmental and social side of ESG.