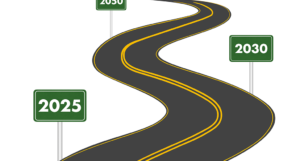 As part of its Climate Action Plan, Scottish Widows, a subsidiary of the Lloyds Banking Group, said it aims to invest £25bn in companies leading on decarbonisation and climate solutions by 2025. It also stressed, however, that it “can’t make investment decisions simply in pursuit of our net zero targets,” there has to be “a positive investment case”.

Last month, the Net Zero Asset Owner Alliance warned that it may need to “tolerate a ‘buffer’ or slight lag behind the scientific pathways” among its members, given that their achievement of decarbonisation goals is outside of their immediate control and dependent on the collective movement of “governments and policymakers, as well as corporates around the world”.

Scottish Widows had previously committed to halving the carbon footprint of all its investment portfolios by 2030 on an intensity basis and last year relaunched its Environmental Fund as fully fossil fuel-free.

In 2020, it also said it would exit firms who derived more than 10% of revenue from coal and tar sands. In its new plan, the investor said that is also “excluding companies which fail to adhere to international standards” on environmental issues and “other areas like human rights abuses,” unless it can make a positive impact through engagement.

To reflect its exclusions in its “mandated passive funds”, Scottish Widows said that it is “changing the benchmarks they track”.

The investor also revealed that “all the equity assets” in its Pension Portfolio Funds, which underpins its pension default, “now track indices which exclude certain stocks on ESG grounds”. The “leveraged” scale this move creates, the fund added, is designed to “encourage our appointed strategic investment managers State Street and BlackRock to implement similar exclusions”.

On climate aware allocations, Scottish Widows also said it was “working closely” with its “core appointed strategic investment managers to develop and refine a range of funds that have a bias towards investing in companies that are adapting their businesses to be less carbon intensive and/or developing climate solutions”.

The fund’s Net Zero targets do not yet include investee companies’ Scope 3 emissions due to a lack of “robust” data, it said. This issue was also flagged in the recent protocol published by the Net Zero Asset Owner Alliance, in which the UN-backed body said that its members “are not yet expected to set targets [on] until data becomes more reliable”.

Following the recent completion of its first Sustainability Linked Loan, Scottish Widow also said it expects to use the financial product “a lot more in the future”. The credibility of Sustainability Linked Loans, which sees discounts on loan payments tied to pre-agreed ESG metrics, has been questioned by some over a lack of standards underpinning them and a concern about the risk of greenwashing.

On stewardship, Scottish Widows said that this year it will publish its own proxy voting guidelines, which will be closely aligned with proxy giant ISS’ Socially Responsible Investment policy, but “enhanced” in areas including biodiversity, the ‘just’ transition, health & nutrition, plastics and the circular economy.

The fund also said it will publish its first report using the influential Taskforce on Climate-related Financial Disclosures (TCFD) framework this year.

“We believe the move to net zero will offer longer-term sustainable growth for our customers’ pension savings, by leveraging low-carbon transition opportunities among some of the world’s most forward-looking companies,” said Maria Nazarova-Doyle, Head of Pension Investments and Responsible Investments at Scottish Widows.