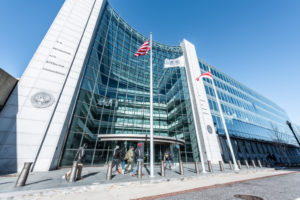 A US activist investor has written a letter to the US Securities and Exchange Commission (SEC) urging the regulator to act on a misinterpretation of the shareholder proposal rule (14a-8) by its staff, warning that the precedent set could be used to prevent investors from filing resolutions at any company in future.

He highlights three instances since 2017 in which SEC staff allowed REITs to exclude resolutions on the grounds that their organisational articles prohibit proposals that aren't put forward by their own boards.

Goldstein warns that without intervention by the securities regulator, this precedent could be adopted by any public company — a prospect he says “should be of profound concern to the Commission”.

“Virtually any issuer can, without shareholder approval, adopt a bylaw (or other measure) to prohibit shareholders from voting on any proposal other than those that statutorily require a shareholder vote”, Goldstein writes.

The issue centres on an interpretation of the phrase “entitled to be voted on the proposal” in rule 14a-8(b)1.

Goldstein argues that the phrase seeks to define who is eligible to file a proposal and is “not intended to limit the types of proposals that may be voted on by shareholders.”

In a post published last week on the Harvard Law School Forum on Corporate Governance, he expands on this point, stating that the SEC’s staff have “erred” by “conflating the eligibility of a shareholder submitting a Rule 14a-8 proposal with the eligibility of the proposal itself”.

‘Virtually any issuer can, without shareholder approval, adopt a bylaw (or other measure) to prohibit shareholders from voting on any proposal other than those that statutorily require a shareholder vote’ — Phillip Goldstein, Bulldog Investors

Goldstein’s attention was drawn to the issue when New York-based law firm Skadden sought to use the precedent to exclude a proposal being filed at closed-end investment management fund Dividend & Income Fund (DNI) by his daughter.

“While the Commission and market participants are preoccupied with the finer points of Rule 14a-8, Skadden is promoting a scheme to permit issuers to effectively opt out of the rule entirely”, Goldstein said in the SEC letter.

He adds that it is “critical” that the Commission “promptly” reconsiders its staff’s previous rulings in order to “prevent this viral scheme from spreading further”.

One solution suggested by Goldstein is that the SEC encourages the stock exchanges it oversees to require listed issuers not to prohibit proposals from eligible shareholders.

Jonas Kron, Senior Vice-President at Boston-based SRI firm Trillium told RI that “generally speaking” REITs do not have a good track record for being open to engagement on ESG topics from investors.For that reason, he said, “if any sector was going to push this tactic, one would expect it to be the REITs. Will other companies take the same approach? I don’t know, but they would be cutting against a strong trend towards positive ESG engagement”.

Goldstein told RI that he has not yet received a reply from the SEC, nor has there been a ruling on the ‘no action’ request by DNI.