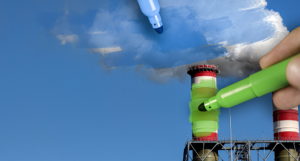 Morningstar has warned that asset managers could be accused of greenwashing over SFDR fund reclassifications due to “business-as-usual” approaches and lack of ESG information in fund documents.

In its 2021 review of funds classified as Article 8 or Article 9 funds under the EU’s Sustainable Finance Disclosure Regulation, Morningstar warns that funds which change their classification without making any changes to their investment strategy “have legitimately raised concerns that asset managers are greenwashing their product ranges”.

Since the regulation came into force around one year ago, Morningstar data shows that 1,800 funds have been “upgraded” by their managers from Article 6 – those that do not integrate sustainability into the investment process – to Article 8 or 9, or from Article 8 to Article 9. While some funds have entirely overhauled their strategy, others have simply formalised an existing ESG integration process, or applied “a light touch” in order to qualify as Article 8.

The review gives the example of reclassifications by UK fund manager Artemis of some of its funds to Article 8 by adding exclusions-related language to their prospectuses, but not making any changes to fund holdings or investment strategy. While not accusing the UK-based manager of greenwashing, the report says that “business-as-usual” approaches have raised concerns “that investors could be misled in thinking that funds marketed as promoting ESG characteristics or pursuing sustainable goals are noticeably different from what they were prior to SFDR or different from similar offerings that haven’t been classified as Article 8 or Article 9”.

A spokesperson for Artemis told RI: “We did notify shareholders in five of our Sicav’s sub-funds that we [were] adding exclusions-related language to those funds’ prospectuses. But these funds all pre-date SFDR; and were all being managed within the terms of Article 8 anyway. That’s why we said that no impact on the portfolios should be expected: there will be “no change” because no change is or was necessary.”

“Adding to the prospectuses was/is a technicality, necessary within the certification for Article 8 – of funds that were already and demonstrably compliant with it.”

The potential for greenwashing accusations is not limited to reclassifications, the report says. When Fundsmith classified its Equity fund under Article 8 in March last year when the regulation came into force, Fundsmith told shareholders that no changes were made to the investment strategy and that any changes “are intended to clarify the way in which the sub-fund is currently managed”.

A spokesperson for Fundsmith said that no changes had been made to the fund’s approach because ESG factors had been considered in the investment process since its launch in 2010. Furthermore, the fund is not marketed as an ESG fund, and the firm launched a sustainable equity fund in 2017 which clearly sets out its sustainability approach. Fundsmith does not agree with any accusation that it could be greenwashing, saying that, if anything it underplays its “established and thorough” approach to ESG, the spokesperson continued.

The self-classification of funds under the SFDR and the associated risks of greenwashing –  the issue the regulation was established to address – is increasingly on the radar of national regulators. Last year, Dutch financial regulator AFM highlighted that there were concerns around a range of asset manager disclosures, for example the regulator said that question marks were raised for 46 of the 100 or so Article 9 funds. Most recently, Swedish regulator Finansinspektionen said earlier this month that it will “review that financial firms are not presenting their products as more sustainable than they actually are”.

This comes amid a broader lack of clarity around how to define funds under the different SFDR categories, particularly Article 8. Morningstar also notes this, saying: “A lack of clear policy guidance has resulted in different approaches to product classification, which in turn have led to confusion and greenwashing concerns.”

The European Commission is expected to propose minimum sustainability standards for Article 8 funds, but it is unclear what they will entail.

Among the report’s other findings are that both Article 8 and Article 9 funds increased their exposure to oil and gas firms towards the end of last year. At the end of September, 22% of Article 8 and Article 9 funds had zero exposure to oil and gas companies, a significant decrease from 30% and 34% respectively six months previously.

The proportion of funds in both categories with more than 5% exposure to oil and gas also increased, but the review cautions that many of these firms will be “transitioning companies”, and found that newly launched and reclassified Article 9 funds had a lower than average fossil fuel exposure. Thermal coal exposure has also fallen, with the proportion of funds with no exposure to the sector increasing by 11 and 25 percentage points respectively.

Active funds remain the majority of Article 8 and 9 funds, although passive funds are slowly increasing their share, accounting for 9% of Article 8 and 17.4% of Article 9 funds by the end of Q4. Only one of the 20 largest Article 8 funds – the iShares MSCI USA SRI ETF – is a passive fund. It is also the only fund in the top 20 to explicitly mention ESG in its name.

Meanwhile, Nordea and Amundi, alongside Swedbank, remain the largest providers of Article 8 and 9 funds.