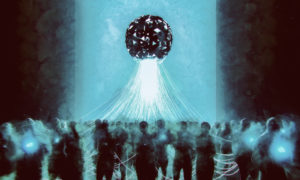 Social media is seen as a breeding ground for hate speech, discrimination, racism, and fake news. It’s lax privacy regulations, sharing of personal details and obsessive tracking of habits, travel, friends, opinions, search and shopping preferences exposes its users to all sorts of abuse from the companies themselves, those they sell data to, and ‘bad actor’ users.

None of the three latest targets of a new shareholder proposal campaign, Google, Facebook, and Twitter, despite what they might have said to Congressional committees, have the best records addressing human rights issues on their platforms. The new campaign of three proposals is being run by Open MIC with the investment management firm Arjuna Capital, and adds an additional human rights proposal filed by Nathan Cummings Foundation, also at Facebook. The three proposals from Open MIC ask that boards nominate at the next board election at least one candidate who has “a high level of human and/or civil rights expertise and experience and is widely recognised as such”.

As if to deepen concerns about privacy and human rights, although this latest development occurred well after the filing date for shareholder proposals, Facebook and Google are developing apps or processes to collect information on those suffering from COVID-19 symptoms and those with whom they have come into contact. For example, Facebook is collecting survey data onto a bespoke ‘symptom map’, which visualises the percentage of the population with COVID-19 symptoms by region.

Google, and Apple, have developed software that allows phones to swap data. Users have to enlist in the programme voluntarily by downloading an app from their local health care authority. Phones then use Bluetooth technology to track contacts with other people who elected to use the same technology. While the apps contain randomisation elements and do not record names or location information, the threat to privacy – albeit in an ostensibly good cause – is clear. Some commentators have said that the promise of privacy protection is believable because of Apple’s participation. The company has a history of refusing government demands for data.

Back in November of last year, Amnesty International put out a report, titled Surveillance Giants, which laid “out how the surveillance-based business model of Facebook and Google is inherently incompatible with the right to privacy and poses a systemic threat to a range of other rights including freedom of opinion and expression, freedom of thought, and the right to equality and non-discrimination”. That was before the pandemic developments.

Now users are supposed to trust them with their health data?

Facebook has eight shareholder proposals on its proxy this year, many of which are concerned with oversight of one kind or another. Of the nine filed on last year’s proxy, only one concerned human rights – a content governance resolution that addressed many of the issues that a human rights director would oversee. In addition, even the campaign to vote against CEO Mark Zuckerberg as chair, was subject to an exempt solicitation – an attempt to persuade shareholders to vote a certain way – that focused largely on the company’s poor human rights record.

Facebook has scheduled an ‘audio only’ annual meeting on 27 May at 10 am Pacific Time. Questions are allowed. According to Facebook’s proxy: “You may submit a question in advance of the meeting by visiting www.proxyvote.com. You may submit a question at any time during the meeting by visiting www.virtualshareholdermeeting.com/FB2020. The Chairman of the meeting has broad authority to conduct the Annual Meeting in an orderly manner, including establishing rules of conduct.”

Twitter has just filed its proxy statement, with an annual meeting which is also an audio webcast, is also on 27 May, and is also at 10 am Pacific Time. But, for some reason, the human rights resolution did not appear as a voting matter, despite there being no challenges to it at the SEC. Indeed, according to Michael Connor, executive director of Open MIC, none of the companies challenged any of the resolutions, even the second one covering human rights at Facebook. It is not clear, at this time, why Twitter was able to exclude the resolution.

Alphabet has yet to file its proxy statement for this year, so it remains to be seen whether it will schedule its meeting at 10 am Pacific Time on 27 May. But, among the 13 proposals filed at last year’s annual meeting, there was the same content governance resolution as at Facebook, and another on societal risk, both dealing with human rights.

Of course, voting on shareholder resolutions at controlled companies like Facebook and Alphabet is what used to be called a ‘hiding for nothing’. No vote is ever likely to pass without the controlling owners. That does not mean to say, however, that a clear majority of independent shareholders support the resolutions. They often have in the past. None of the companies, however, have taken sufficient action to persuade many shareholders that human rights are safe.