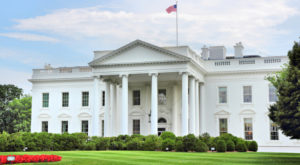 A group of nearly 200 investors and civil society groups wrote to members of US Congress yesterday, urging them to back plans to use the Congressional Review Act (CRA) to overturn new SEC rule amendments.

The rules in question are widely considered to limit shareholders’ ability to file resolutions at companies, introducing what the letter describes as “onerous thresholds in terms of the number and length of time of shares owned, as well as the votes needed for the resubmission of proposals”.

Just last week, the Biden Administration rescinded an environmental spoiler rule from January, which was introduced via executive order by former US president Donald Trump. The rule, which applied to the Council on Environmental Quality, would have interfered with the administration’s ability “to confront the urgent challenges facing the Nation, including… climate change and to empower agencies to use appropriate regulatory tools to address these issues”.

The rule was rescinded despite requirements under the Administrative Procedure Act for lengthy notice and comment periods, because agencies can waive such procedures “if an action is an interpretative rule, a general statement of policy, or a rule of agency organization, procedure, or practice”. Falling under these definitions, the agency can simply scrap the rule.

It is the same approach that was used to rescind the Department of Labor ‘thou shalt not invest in ESG’ rule, as part of the Biden administration’s early commitment to review all Trump policies “that were… damaging to the environment” among other challenges facing the US. So far, roughly 100 environmental policies have been earmarked for review.

But a different approach will be needed if the new rules on shareholder proposals are to be reversed before they take effect for resolutions filed at companies with annual meetings on or after 1 January 2022. They are not subject to the same exemptions from the Administrative Procedure Act as the above two rules, but this is where the white knight of the Congressional Review Act (CRA) may gallop to the rescue.

At the end of last month, Democratic senator Sherrod Brown introduced a joint resolution to block the SEC rule relating to “Procedural Requirements and Resubmission Thresholds Under Exchange Act Rule 14a–8”. This is the resolution that investors – including CalSTRS, New York City and Impax Asset Management – are asking Congress members to support.

According to a blog by Cydney Posner, special counsel at US law firm Cooley’s, the CRA allows a recently adopted rule to be nullified by both houses of Congress passing a joint resolution that is signed by the president. “The CRA is applicable to rules,” she writes, as well as rules “that were finalized by the executive branch and sent to Congress in the previous 60 ‘legislative days’.” In this instance, that means any rules sent to Congress after 21 August last year, which easily captures the 14a-8 amendments adopted on 23 September.

Posner writes that, according to the Congressional Research Service, prior to the Trump takeover in 2017, “of the approximately 72,000 final rules that [had] been submitted to Congress since the [CRA] was enacted in 1996, the CRA [had] been used to disapprove one rule”. This is because it will generally only work if one party has taken over both houses of Congress and the White House. That happened in 2017 when Trump was elected and, since then, the CRA has been used to overturn 17 mostly Obama-era rules.

But in 2021, it happened again, when Biden won the election and the Democrats took narrow control of both houses of Congress. And shareholders and campaigners are expecting more joint resolutions to ‘disapprove’ of a whole host of rules rushed through at the end of the Trump administration’s term.

Fury over the shareholder proposal rule change has been extensively rehearsed in the pages of RI (here, here, and here), to give just a few examples. It comes as no surprise that the rule should become an early target of the CRA. Indeed, Sen. Brown has long signaled his opposition to the rule, having written a letter to the SEC during the comment period last year.

In the letter, Brown castigates the SEC for its delayed release of statistics developed from Broadridge Financial Solutions data that show a significant portion of individual shareholders would be ineligible to submit shareholder resolutions under the increased ownership thresholds in the new rules. He quotes from the analysis, saying: “we estimate that in 82%-99% of all companies (an increase in 38%-55% from the baseline) and 59%-99% of S&P 500 companies (an increase in 52%-93% from the baseline), less than a quarter of accounts would be eligible to submit a shareholder proposal under the proposed amendments.” This analysis, prepared before the proposal was issued, was only disclosed in August last year, months after the proposal was first put out. Brown describes as disingenuous the SEC staff contention that this data does not help to analyse the economic effects of the rule change.

The joint resolution which, unlike almost any other piece of legislation, consists of just a few sentences that state the name of the rule and then call for it to “have no force or effect”, has been referred to the Senate Committee on Banking, Housing, and Urban Affairs, which Brown chairs.