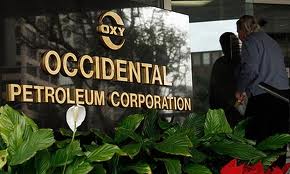 Shareholders have been instrumental in a series of governance reforms, including an independent chairman and executive compensation changes, at US energy giant Occidental Petroleum.

Notable among the pay structure changes is that in evaluating the CEO’s performance, there will be an emphasis not just on financial performance, succession planning, talent development but also “maintaining and improving the company’s achievements on health, safety and environmental matters”. And the discretionary portion of the CEO bonus will be reduced to no more than 20% from 40%.

A key liaison between the company and investors is Peggy Foran, Chief Governance Officer and Corporate Secretary at Prudential Financial, the $1.1trn US finance giant. Foran, who has sat on the Occidental board since 2010 and is a member of its Corporate Governance, Social Responsibility and Health & Safety committees, is a former co-chair of US shareholder body the Council of Institutional Investors. As Occidental says, Foran provides it with “exceptional acumen and insight on governance, investor and legal policies and practices”.
Foran said: “We greatly value constructive input from our shareholders and have spoken with many of them over the past several weeks.“After carefully evaluating all of the suggestions and feedback we received from shareholders during the course of those conversations, we have decided to adopt these policies, which are aimed at building long-term value for shareholders.”

“We greatly value constructive input from our shareholders”

The company said CEO Steve Chazen would remain in post until the end of 2014. Media reports had pointed to his strained relationship with former CEO Ray Irani: the New York Times for example reported that investors such as the California State Teachers’ Retirement System (CalSTRS) had favoured Chazen. The company holds its annual shareholder meeting on May 3 in Santa Monica, California.

Separately, US socially responsible fund firm Zevin Asset Management has written to fellow investors in ExxonMobil seeking their support for its shareholder proposal on political spending. Zevin, on behalf of the John Maher Trust, is calling for the oil giant to look at adopting a policy prohibiting the use of treasury funds for any direct or indirect political contributions. “By eliminating such spending, companies can reduce risk and protect shareholder value,” Zevin says.