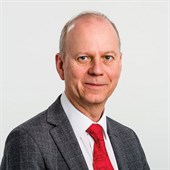 The leading legal figure who led the UK’s review of fiduciary duty has observed that the “cottage industry” of small defined benefit pension funds reliant on asset managers is unlikely to be well aware of the 2014 review’s recommendations.

David Hertzell, who led the Law Commission’s landmark review, was speaking at an event co-hosted by environmental law firm ClientEarth and campaign group ShareAction to mark two-years since the “Fiduciary duties of investment intermediaries” paper.

The review – which was one of the key recommendations of the Kay Review – concluded that pension fund trustees should take into account environmental, social and governance (ESG) factors that are financially material to the performance of an investment. It called on the government to clarify trustees’ duties to consider systemic, long-term risks like climate change.

Former Law Commissioner Hertzell said: “Defined benefit pension schemes are a cottage industry and trustees will continue to rely on advice they receive from investment managers, for better or worse.

“I would be surprised if many trustees of small schemes were well aware of our recommendations or at least felt in a position to do much about them.”

Hertzell, now a consultant at insurance law firm BLM, is President of the British Insurance Law Association; he was managing partner at law firm Davies Arnold Cooper his appointment to the Law Commission in 2007.Speaking about the UK’s vote to exit the European Union, Hertzell said: “In the short-term I think it is a fair assumption that trustees and indeed all involved in the investment chain are going to be much more concerned about volatility and economic issues than they will be about long-term risks such as climate change. That is unfortunate.”

“Trustees will continue to rely on advice from investment managers, for better or worse.”

ShareAction and ClientEarth are working to support teams of savers at 13 pension schemes to ask how climate risk is taken into account in their investment strategies. This has exposed the fact that some schemes are still failing to take material financial issues like climate change into account.

EU policymakers have recently agreed to a revision to the pension fund directive (Institutions for Occupational Retirement Provision). The so-called IORP II will require pension funds to consider risks related to climate change (such as stranded assets). “But given uncertainty as to the future of EU directives in the UK, it is even more important that clarity is achieved in domestic law,” ClientEarth and ShareAction said in a joint statement.