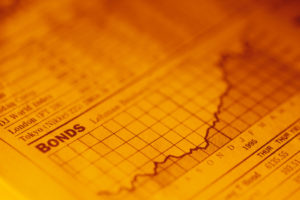 The AfDB has just finished a European roadshow of its new social bond framework, which it created in alignment with the International Capital Market Association’s Social Bond Principles (SBPs), launched earlier this year.

It was hoped the Principles would breathe life into the social bond market, following the success of green bonds. However, issuance has remained slow and concentrated on Sovereign, Supranational and Agencies (SSAs): Spain’s ICO, which helped create the SBPs, has issued social bonds in euros and krona recently, while Mexico’s Nafin, the Council of Europe Development Bank, the Japan International Cooperation Agency, NwB Bank and the IFC have all issued into the market.

“The social bond market is dominated by development banks, but that was the case at the start of the green bond market too,” said Ricardo Carvalheira, Principal Treasury Officer at AfDB. “As the [green bond] market became more standardised and investors began setting up mandates, other issuers started looking at the market. I think we’re at an equivalent stage in terms of market growth in the social bond market.”

It recently sold SEK733m ($88m) of notes in a private placement to Dai-ichi Life Insurance Company, with proceeds being used to lend to projects within its ‘universal access to electricity’ initiative. Overall, it has sold some $335m of ‘themed bonds’ in private placement format to finance the High Fives.

The first transaction under the social bond programme – which will have more granular reporting requirements than the thematic bonds – is expected to be a benchmark, euro-denominated deal, to be issued in the near future, AfDB told RI.

“Reception on the road show was quite positive, so we expect to come with a transaction soon,” said Carvalheira, adding that the roadshow had been unique in that “there were no questions about the validity of what we were doing, or the KPIs or projects being included – it was all positive feedback from investors”.AfDB has had a green bond programme since 2013. However, Carvalheira told RI that its green criteria are strict – only projects that count as 100% mitigation or adaptation can be included – leading to pipeline restrictions. Instead of widening the programme to a broader ‘sustainability’ framework, as some other issuers are doing, AfDB launched a separate social bond framework to enable it to issue more labelled bonds. The social bond programme will not affect the level of issuance under the green bond programme, Carvalheira said.

“The buyer base is still a bit different,” he said. “There are dedicated green bond investors that can only buy green bonds, and a much smaller universe that can buy a combination of green, sustainable and social bonds, so we didn’t want to stop offering pure green bonds.” He added that some investors may revise the wording of their current mandates to make it explicitly clear that they can buy social bonds as part of a sustainable portfolio, not just green ones.

AfDB will report on two social outcomes: the number of people benefiting from the projects being financed, and the level of job creation.

BayernLabo, the housing bank linked with BayernLB, is also due to issue a social bond, which will finance and refinance low-interest, subsidised loans provided to families – particularly young ones – for the purchase, construction and modernisation of residential property.

The bank is roadshowing the deal with the help of ABN Amro, DZ Bank, Erste Group and NORD/LB. The second opinion has been conducted by oekom.

The government of Mexico City recently widened its green bond framework to include social projects – indicating a growing trend of non- development banks tapping the fledgling market. The issuer now has a ‘sustainability’ bond framework targeting “disadvantaged populations by selecting projects that are providing essential services to these populations”. HSBC was the sole sustainability structuring advisor on the city’s first sustainability bond – a MXN2bn deal last month. It said the move allowed the Mexico City to “align its sustainable finance activities with a larger proportion of its core funding needs”.

National Australia Bank is another non-SSA to issue a social bond, selling a gender bond earlier this year.