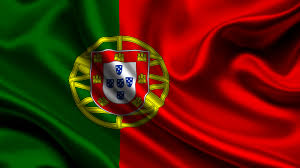 But in contrast to Big Society Capital, which was set up with a combination of unclaimed dormant accounts and equity from banks, the Portuguese version will use EU funding – a model being now explored by different EU members, including Italy and Spain.

Speaking to Responsible Investor, Antonio Miguel, Managing Director at the Calouste Gulbenkian Foundation’s social investment lab, said this structure created a blueprint for other EU member states, but did concede that there were disadvantages. “It is money with strings attached. EU structural funds come with significant bureaucracy and restrictions.”

So far, €150m has been drawn down by the Portuguese government for the initiative. National body, PME Investimentos, which manages funds giving credit to Portuguese SMEs, has been chosen to run the Portuguese fund of funds wholesaler that will invest up to €100m in retail funds that will disburse capital into social ventures.

Miguel explains: “It will try to set up vehicles to just provide loans to the third sector. Out of €100m around 70% will be allocated to unsecure debt instruments and the other 30% is to be allocated into equity and quasi-equity instruments.”

“They will also launch a call for proposals for the creation of intermediary vehicles which can be a fund or you will have an option to have a deal by deal facility. Which means that, if you are a business angel and you want to invest in a specific venture, instead of creating a specific fund for that you can invest directly with the fund of funds.”

Miguel said it was expected that the wholesaler would be fully operational in the first half of 2017.

Alongside the €100m for the fund of funds wholesaler, approximately €50m from EU structural funding will be allocated to three separate initiatives to help catalyse a social investment market.

Miguel said this was important to create a pipeline for the fund of funds wholesaler. “It’s an immature market and the rationale behind it is that you need to build investment-readiness of organisations if you want to have a robust pipeline of investible ventures.”

The instruments are a capacity building vehicle for investment-readiness providing vouchers which organisations can use to access specialist advice; a match fund for venture philanthropy; and a central outcomes fund focused on social impact bonds. Each instrument will get €15m each.Miguel’s Social Investment Lab helped structure the first social impact bond in Portugal focused on teaching children to code in order to improve educational attainment in core subjects such as maths. He says this first SIB, commissioned by the Municipality of Lisbon, was important in encouraging the Portuguese government to create the €15m outcome fund. “It’s absolutely crucial to have a market champion,” he said. “But it’s also equally crucial to show you can do stuff outside the market champion to ensure that a sustainable market is created without a relationship of total dependency of one single player.”

He said there was work going on to commission more SIBs – with help from the new central outcomes fund – that will pay for measurable outcomes from social services delivered within the SIB structure.

Social impact bonds are where private investors fund the delivery of a social intervention, such as increasing educational attainment for teenagers, in the hope of a financial return if measured outcomes are met. The ‘outcome payer’ is typically a government department. The social intervention is typically delivered by charities and social enterprises with expertise but which lack capital.

He said he expected investors in Portuguese social impact bonds to be at first charitable foundations, and he added that a strategy was being pursued to encourage corporations to use part of their CSR budget for SIBs. The Calouste Gulbenkian Foundation invested €150,000 in the country’s first social impact bond. It will receive its principal and a return from the Municipality of Lisbon if the SIB creates a 10% improvement in students’ performance in core subjects compared to a control group.

The whole Portugal Innovation Social initiative is set to run to 2023 and Portugal’s Minister of the Presidency Maria Manuel Leitão Marques has responsibility for it. Miguel describes the role as “number two in government”: “She’s the one who oversees all the different ministers and thematic areas because social investment and social innovation is deemed as transversal and crosscutting a number of areas such as education, health etc.”

Speaking to RI, the minister said: “Social organisations face several difficulties in financing innovation initiatives. The establishment of a Fund of Funds for Social Innovation intends to address the market failures identified in this area.”

On the country’s policy on social impact bonds, she described it as a relevant instrument to find answers to societal problems for which existing strategies and resources are no longer enough. “The government’s task is to induce and support this change,” she said.