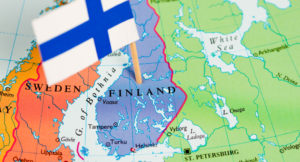 Finland’s central bank has said that decarbonising its sovereign bond holdings will be central to its pledge today to make its €10.3bn investment portfolio carbon neutral by 2050.

Around €2.86bn of the Bank of Finland’s assets are currently invested in sovereign debt, with a further €1.6bn in sub-sovereigns.

The bank’s Principal Responsible Investment Specialist, Anna Hyrske, told RI that, while it is “confident” about meeting the climate targets for equities and corporate credit ahead of 2050, the deadline – longer than some other Net Zero pledges – was chosen because its overall portfolio is “so heavily skewed towards sovereigns” and only a “handful” of countries plan to meet Net Zero before 2050.

“Obviously we are not in a position to change climate targets for sovereigns – governments do that themselves,” she said, adding that instead the bank’s role is to keep the topic on the agenda by engaging with issuers.

In a press release, the Bank of Finland stated that it will “require active measures by states to comply with their Paris Climate Agreement commitments” in order to achieve its target.

It also revealed that it is preparing a climate roadmap and intermediate targets for its equity and corporate bond holdings, expected to be published by the end of the year. These will include restrictions on fossil fuel producers, and a “gradual shift in equity investments towards low-carbon investment products in line with the Paris Climate Agreement”.

When it comes to asset manager or product selection, the bank said it will opt for those that have “credible climate targets” – the achievement of which will be “monitored regularly during the investment lifecycle”.

In June, the Bank of Finland announced that it had invested $300m in a green bond fund created by central banking body, the Bank for International Settlements.

Central banks have been influential drivers of sustainable finance in recent years – largely through the influential Network for Greening the Financial System, of which the Finnish bank is a member.

In 2019, the Riksbank in neighbouring Sweden became the first central bank in the world to exit public debt over climate concerns when it sold out of sub-sovereign notes from Queensland, Western Australia and Alberta.

Earlier this year, as part of the Eurosystem, the Bank of Finland agreed with other euro area central banks to calculate and publish the carbon footprint of its own investment assets, which it is expected to do next year.