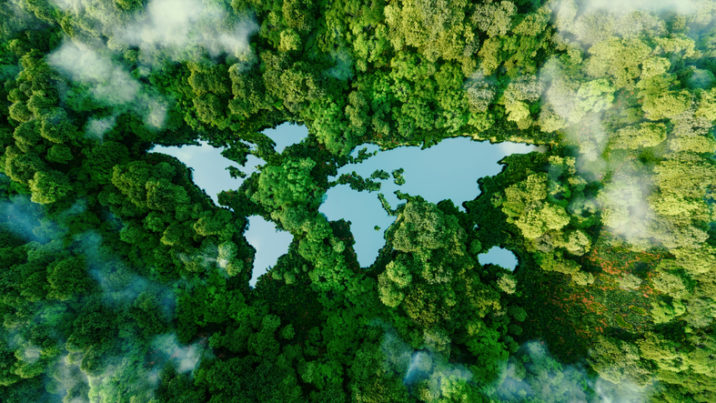 At close to $90 trillion, the sovereign bond market is more than twice the size of its corporate equivalent. Yet, while fixed-income investors have been talking to firms about sustainability for years, engagement with sovereign borrowers on ESG issues is still in its infancy.

“Fixed-income stewardship is rightly getting more attention and people are developing how they’re engaging on corporate fixed income, but even that is behind where we are in equities, and one stage further back is sovereign,” says Tom Tayler, a senior manager in Aviva Investors’ Sustainable Finance Centre for Excellence.

Indeed, engaging with a sovereign nation is perhaps one of the most complicated tasks facing an investor stewardship team. Corporate investor relations teams can handle most queries. With sovereigns, it can be hard to work out who to contact on sustainability issues, let alone how to apply pressure most effectively.

“Sovereign engagement can be more complicated,” says Graham Stock, senior emerging markets sovereign strategist at BlueBay. “You’ve got the government itself. You’ve got the legislature, who may be considering laws that are either positive or negative for the outcome you’re considering. And it’s even worth engaging with civil society to make it clear to them that you’re talking to the government on these topics.”

For issues such as budget transparency or communication of monetary policy, it can be fairly clear which single organisation, office or ministry to contact. As Stock notes, however, with topics such as deforestation, “you’re talking about quite complex political forces, so it makes sense to engage on a number of different levels”.

Brazil has been the focus of much sovereign engagement activity to date, with investor groups including the Investor Policy Dialogue on Deforestation (IPDD) – which BlueBay chairs – and a group of Catholic investors targeting the country over deforestation.

The IPDD is also targeting Indonesia and a group of “consumer countries”, including the UK, US and other European states. The $8.8 trillion coalition was established in July 2020 to put pressure on industry associations and public bodies over deforestation. Its membership includes Scandinavian investors KLP, AP2 and Nordea, as well as LGIM and Sumitomo Mitsui AM.

One of the key questions for any collaborative engagement is how to deal with firms that fail to address areas of concern.

Fixed-income investors have two main punitive levers. They can refuse to participate in new bond issues or, at the extreme, they can divest. As Stock notes, the latter option can be problematic for engagers in an investor coalition, in that it may leave them open to accusations of collusion. The IPDD explicitly makes sure that collective divestment threats are not permitted for this reason.

Stock also questions the wisdom of divesting on the basis of a single issue. Brazil, for example, performs well on environmental metrics outside of deforestation. It generates 80 percent of its energy from renewables, there is widespread use of biodiesel and the country’s forest code is a strong piece of legislation. “So picking a single topic to divest on would be unfair and potentially counterproductive,” says Stock.

He and Tayler are both also keen to emphasise that extra care is needed when engaging with sovereign issuers.

“We have to be very sensitive to the idea that these are the representatives of a country and that ultimately it’s their decision to make on behalf of their citizens,” says Tayler. “Which is why we focus on things like implementation of commitments that countries have already made.”

Many of Aviva’s asks focus on adopting best practice, or implementing or enhancing existing commitments. The firm wrote to 35 countries this year on several topics, including membership of central bank sustainability network NGFS or the Coalition of Finance Ministers for Climate Action. Not every letter got a response, but Aviva received detailed responses from the UK, Canada and Brazil, while the Bank of Ghana signed up to the NGFS.

Before the Russian invasion, the manager was also in a “positive dialogue” with Ukraine’s debt management office after it drew the work of the Coalition of Finance Ministers for Climate Action to their attention. Ukraine is now a member.

“We’re not saying ‘we hold X million of your sovereign debt, we want to see [this and that] from you’,” Tayler continues. “We’re saying ‘as someone who invests in sovereign debt across the world, here are the things that we think are the best practice’.

“We do have to respect sovereignty and we have to be sensitive of the different stages that different countries are at.”

Stock agrees. “We don’t have a vote, in fact we need to be respectful of those who do have the vote. So we shouldn’t be trying to sway democratic outcomes or even interfere in areas that aren’t material to our portfolios. But where we can establish that materiality, it’s absolutely legitimate.”

For Victoria Barron, head of responsible investment at the BT Pension Scheme (BTPS), sovereign debt will be key to hitting an ambitious institutional net-zero-by-2035 target.

Like many of the UK’s mature defined benefit schemes that are transitioning into lower-risk investments, BTPS has significant exposure to sovereign debt – but Barron says she “quickly realised” that there was no forward-looking methodology to assess sovereign issuers on a climate perspective.

From these conversations, and discussions between the Church of England Pensions Board and the PRI, was born ASCOR, announced in May last year. The initiative – full name “Assessing Sovereign Climate-Related Opportunities and Risk” – has partnered with a number of investor networks and NGOs, as well as pulled together around $5 trillion of asset manager and owner money.

Work on these areas is being finalised and assessments for pilot countries are expected to be held in Q4, allowing them the opportunity to respond. Barron is hopeful that the pilot assessments will also highlight areas where investors need better data from issuers to make their decisions.

Again the issue of fairness and sensitivity comes up with the ASCOR assessments. The initiative was keen to involve countries of all sizes, says Barron, especially outside the G7 or G20.

“It’s important to give smaller nations and emerging markets a voice in this discussion. We want to really make this as fair and equitable as possible and not just a group of well-meaning Western investors not listening to other opinions or thoughts. If you put a Scandinavian country’s climate change activities versus a sub-Saharan African country’s activities on climate change, one might fare a lot better than the other, but that’s not a fair comparison.”

BTPS is waiting for the tool to be fully developed before embarking on its own sovereign engagement programme. “What would be really great to come out of this is a tool to open up discussions with sovereign issuers,” says Barron.

She adds that, while she “wouldn’t want to be so arrogant as to say that ASCOR will get [sovereign issuers] to change their behaviour”, it is possible that issuers “don’t quite understand how much investment institutional investors make in their countries and that there is an appetite to see change and improvement”.

“If long-term policy commitments can be made, that actually would be very attractive to long-term investors,” she says. “In certain countries, their goal might not be getting to net zero. It might be jobs, reducing pollution, improving infrastructure, keeping the lights on, raising the people out of poverty – and yet that could marry quite well with what investors might see as green jobs, renewable energy. So it’s different words and different topics actually trying to do the same thing.”

While much of the sovereign engagement work is being carried out by large bond funds, there is still a place for smaller investors in the conversation. One example of this is BKC, which recently claimed an engagement success after Namibia acceded to the UN Biological Weapons Convention following a local campaign by the German bank.

While the topic and target of engagement might seem an odd fit, the two were chosen when BKC was looking to introduce an exclusions filter for its sovereign investments based around the UN treaty. The decision was made to engage after the bank evaluated Namibia’s sustainability performance, says Piemonte. As he notes, the country was already a signatory to the UN Chemical Weapons Convention and had “a really good political and civil society rights performance”.

Piemonte acknowledges that there was sensitivity within the bank around Namibia’s history as a former German colony. Ultimately, however, the fact that BKC was engaging “not as a German [institution]” but as an investor, and that the treaty was a multi-stakeholder issue initiated itself by the UN and not by Germany, enabled the bank to feel comfortable proceeding.

The engagement itself involved discussions with both the Namibian government and other organisations working towards adoption of the treaty. BKC spoke to the EU, the UN Department for Weapons of Mass Destruction and a number of NGOs, as well as contacting the country’s UN ambassador and speaking to the finance minister.

BKC was initially pessimistic about the chances of getting a response from the Namibian authorities. “But we did get an answer from them,” says Piemonte. “I think it was the first time ever that they had been contacted by investors about such an issue, so they were very curious about hearing more about it.” He adds that the public nature of the campaign – it was reported in local newspapers and became a topic of discussion locally – probably helped. “This is exactly the kind of public attention that we need to be more powerful [in engagement],” says Piemonte.

While BKC does not claim sole credit for Namibia’s eventual accession to the treaty in February, Piemonte says its engagement made the process “much faster”, noting that it was the first time such an issue had become of economic or financial importance to the country.

Throughout the process, transparency was key, he adds. As a smaller investor, BKC may not have the weight to make governments sit up and listen, but “you need public support for your engagement or public attention to your engagement”.

“This mobilises other stakeholders that probably are much more important for the government itself than you are in that engagement.”