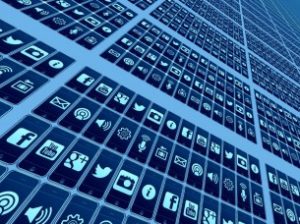 With all three index providers – S&P Dow Jones, MSCI and FTSE Russell – getting fussy about who gets included in their indices, and about time too – a stock exchange listing no longer guarantees you a place in an index. There has still not been a decision as to whether Snap, with its non-voting shares, will be included. And the two latest tech listings, which also have shares with unequal voting rights, are unlikely to fare much better, though for different and more complex reasons. Dropbox’s IPO on NASDAQ on March 23 included three classes of shares: Class A common stock entitled to one vote per share, Class B common stock entitled to ten votes per share and Class C common stock with no voting rights. Andrew Houston and Arash Ferdowsi had over a third of the voting power between them prior to listing. The situation is even worse at Spotify. It listed on NASDAQ on April 3, but, possibly because of its ‘incorporation’ in Luxembourg, its structure is slightly different. The company has ordinary shares, which get one vote, but there are also beneficiary certificates, again with one vote, though you can ‘own’ up to 20 beneficiary certificates per share. In this case, the ‘company’ has issued ten beneficiary certificates for each share owned by the founders, Daniel Ek and Martin Lorentzon, giving them control over more than 80% of the voting power prior to listing. And as if to make matters worse, the company appears to have a classified board; but, really, who cares with the founders controlling four-fifths of the vote.
Ken Bertsch, executive director at the Council of Institutional Investors (CII), which has been writing to each of the indexers expressing its objection to the potential inclusion of Snap, said that his take on both new listings was that they would generally not be eligible for inclusion, though it “is a bit complicated”, he said.
As far as inclusion in the S&P goes, Bertsch said he thought that Dropbox would not be eligible for inclusion “because of its dual-class stock structure; it also is not eligible for the same
reason for inclusion in the related S&P Midcap and Smallcap indices” though he thought that, given its size, it would be a fit for the large-cap category anyway. “Spotify already was not eligible,” he said “because it will not publish 10-Ks as it is a foreign private issuer under SEC rules.” Bertsch was not aware that the S&P had changed the methodologies affecting indices forwhich Spotify was and would be eligible. The MSCI is slightly different. Bertsch said that his understanding was that neither Dropbox nor Spotify would be “eligible for inclusion in the core MSCI indices under its temporary ban on new multi-class listings”. They would also not be eligible for inclusion in its ACWI Investable Market Index and US Investable Market 2500 Index either, he said. “MSCI has released an expanded consultation for a system that would reduce the weight of multi-class listings in MSCI indexes, using free float and voting power as factors,” explained Bertsch. “Under this approach, Dropbox would be eligible for inclusion, but at substantial underweighting. The MSCI approach does not appear to contemplate the particular structure adopted by Spotify, although in our view the spirit of the approach would lead to a decision also to substantially underweight Spotify.”
The FTSE Russell is different again as it makes its decisions based on shares and votes available to the public. Bertsch noted the large number of Dropbox shares that were in lock-up for a period following the IPO and concluded that the company would not be eligible for inclusion in core FTSE Russell indices, including the Russell 3000, because its “public float voting power is less than 5%”. In contrast, said Bertsch “it appears that Spotify would be eligible for inclusion in core indices, as the public shareholder voting power is more than 5% and may be up to 13% at present”, possibly because of stock trading following the listing.
It is possible that if more shares in Dropbox are available for sale it could achieve a listing in the Russell 3000, for example; but it’s not a good record for either company. What it shows is that – even though shareholders have not been successful, largely because of unequal voting rights – in getting any company with dual class shares to unify them and give everyone just one vote, they are being successful at making it harder for companies to raise money and sell shares. Being included in an index means index-linked funds have to buy your shares. If you’re not, then they have a choice, and, increasingly, many investors, and not just CII members, are choosing not to buy. When indices start excluding the likes of Facebook and Google, which appear to be grandfathered in at the moment, then maybe they’ll start listening to their public shareholders? I’m not holding my breath on that one.