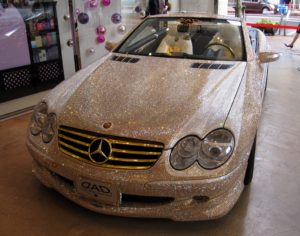 A new academic study from Ravi Bansal, Di Wu and Amir Yaron – Is Socially Responsible Investing a Luxury Good? – shows that, for the period of 1993-2013, the best firms – those with the highest CSR scores – have “marginally higher alphas” than the worst, achieving returns around 0.15% higher per month. Several individual categories, such as environment and product, have even higher alpha, at 0.32% per month.
But the alpha is not consistent. “First,” says the study, “compared to both low- and medium-SR stocks, high-SR stocks earn much more positive alphas during good economic times, but negative alphas during bad times”. During positive economic periods, the analysis shows “positive four-factor alphas at around 0.24% per month”. However, during recessions, the alphas become negative.
The study hypothesises from this that, during good economic times, “households have greater financial wealth and can consequently afford to be SRI-conscious”. This increases demand for high-SR stocks, resulting in higher realised alphas. But, during bad times, households have less disposable wealth and have to pull back on their “social consciousness” and just buy the basics.This reduces the demand for high-SR stocks, and that decreases or reverses “the alpha spreads between high- and low-SR stocks”.
The authors test the hypothesis – the correlation of SRI with luxury goods consumption – and finds that the found alpha spread “is highly correlated with per capita consumption in jewelry and watches from NIPA [National Income and Product Accounts]”. The study also ‘confirms’ its findings because stocks display the same behaviour surrounding positive CSR announcements. Higher alpha in good times, negative alpha in bad – following press releases issued on CSRWire. And the same thing happens again with changes in firms’ social responsibility ratings. If SR ratings go down this leads to temporarily lower abnormal returns, and this is more pronounced during good times.
In conclusion, the study says its findings highlight “the importance of both good economic forecasting ability, and the ability to forecast SRI ‘hot spots’, in designing SRI products that deliver potentially superior performances”. And the results lead the authors to make the claim that the performance differential between good SR stocks and bad ones is “probably more attributable to the demand side”.