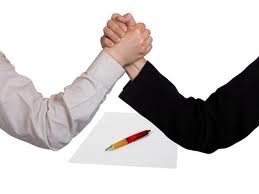 Acting on the same concerns that motivated the Financial CHOICE Act, currently with the US Senate banking committee, the newly-launched Main Street Investors Coalition has come together to fix what it says is a “badly broken, costly and inherently unfair” shareholder voting system.
The Coalition say they are fighting a system where shareholders file resolutions that are not voted on by the real owners of the stock (i.e. the Main Street retail shareholder), but by monolithic pension funds with no accountability that are advised by proxy advisors with conflicts of interest and no accountability, basing their decisions on incorrect information.
Sound familiar?
It should. It’s an old saw that has been doing the rounds since the proxy voting advisors were first hauled in front of Congress back in 2013.
The only difference is that now fund managers including Vanguard and BlackRock are caught up in the criticism. They are accused of politicising the shareholder proposal business and making decisions based on “advancing social or political causes” because they have had the temerity to vote in favour of some of these ‘political’ resolutions.
Not that the coalition can be accused of being non-partisan. Its Executive Director, George David Banks, was recently in the Trump administration working as the president’s Special Assistant for International Energy and Environment.
He works for one of a coalition of companies, the American Council on Capital Formation, which just issued another report on the conflicted role of proxy advisors.One of the other coalition members, the National Association of Manufacturers, recently successfully challenged the federal government over where the designation of waters in the Clean Water Act could be contested.
Its website trumpets huge benefits from Trump’s tax reform bill, a claim that is not backed by many economists.
And its advisory council is made up of people from various right-wing think tanks like the R Street Institute and the Cato Institute, and from the Chamber of Commerce, which was largely responsible for writing the Financial CHOICE Act.
The coalition’s aims are to: prevent fund managers from “playing politics with other people’s money”; ensure that retail investors can tell their fund managers how to vote their shares; make “black-box” proxy advisors admit to “potential conflicts of interest”; and insist “that public pension funds meet the same basic regulatory and reporting standards as private pension funds”.
But retail investors rarely voted their proxies when they held the shares directly and their supposed plight is being co-opted by coalitions like this for social and political ends.
The coalition also aligns itself with SEC chair Jay Clayton’s championing of main street investors, but his is no different from the same championing by every SEC chair since Arthur Levitt in 1993.