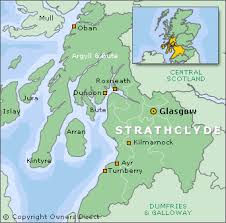 Speaking to Responsible Investor, Richard Keery, investment manager for the fund, said its trustees had decided to test a responsible overlay service two years ago to see if it added value before going through a full procurement.

“We put in a monetary limit of £100,000 which has come to an end after two years. We were very happy with GES’s service but due to contract rules we have to go out to a full tender and as the incumbent it will be taking part in the process.”

Keery said that the fund looked at embedding a responsible overlay service as part of its asset management after a survey by the Principles for Responsible Investment (PRI) exposed areas of its responsible investments where it was weak on collaboration.

“Our managers do engagement on our behalf, but the specialisation of overlay is to steward that management and bring managers together. There is the overlay so you can concentrate on an issue and have deeper engagement.GES advises on around €800bn in assets so it brings that bigger combined voice rather than by yourselves. It is money well spent. We still believe in the concept and want five more years of pure engagement.”

So Strathclyde is tendering a £600,000, five-year contract with the closing date for applications being September 17.

GES’s overlay services for the fund include screening of international companies on their compliance with international conventions and guidelines on environment, human rights and corruption. It is weekly and screens 90% of the fund’s segregated global equity holdings. GES also has dialogues with companies and coordinates engagement activities among clients with other investors and works with the Fund’s investment managers to ensure minimal impact on the investment process and to co-ordinate investment strategies.

Earlier this year, GES agreed to take over the UK-based stewardship team of Governance for Owners headed by Josiane Fanguinovény, who took the role of Head of Corporate Governance at GES at its recently opened office in London.