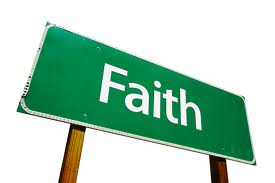 A new academic study has found that faith-based investors face obstacles in putting their beliefs into practice because financial institutions don’t provide the right tools and services for them.
“Practicing faith consistent investing [FCI] does not come out as an easy and straightforward activity,” researchers said in a new paper. Faith investors depend on the offerings of financial institutions, who are “not fully equipped or willing” to provide the tools and services required by religious organisations.
This makes it “difficult or almost impossible” to fully practice FCI, say Céline Louche of the Vlerick Leuven Gent Management School and Daniel Arenas and Katinka C. van Cranenburgh of Barcelona’s ESADE business school.
Their study is called From Preaching to Investing: Attitudes of Religious Organisations Towards Responsible Investment. It aims to address a perceived lack of research into religious organisations’ attitudes towards responsible investment.
The trio conducted an online survey from October 2009 to January 2010, which followed focus groups attended by 25 representatives from different religions. In total, 12 questions were asked and there were responses from 103 organisations. Just under 90% of respondents were directly involved in the investment decision process.Most of the respondents were affiliated with religious investor groups such as the Interfaith Center on Corporate Responsibility (ICCR), Oikocredit, 3iG (International Interfaith Investment Group) and the Ecumenical Council on Corporate Responsibility (ECCR). But very few were members of secular groups such as the various Social Investment Forums (SIFs), UN Principles for Responsible Investment or the Carbon Disclosure Project.
“Religious organisations have their own networks and do not seem to mix with the RI community,” the authors say, adding that more research was needed to find out why there appear to be different networks for faith investors and “secular” RI. The relationship between religious values and investment strategy needed to be better understood, while investment practices were “relatively unsophisticated and vague”.
The academics write: “Little is known about who sets the investment policy and who has the decision power with religious organisations.”
Faith investors also relied less, they found, on norms-based screening, such as the international standards published by the Organisation for Economic Cooperation and Development, the International Labor Organisation, the United Nations and UNICEF. Link