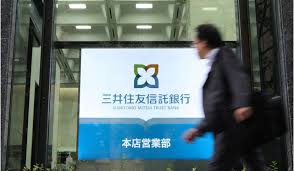 The SuMi Trust, one of Japan’s largest asset managers for Japanese pension funds, has begun integrating ESG analysis across its approximately $20bn domestic active equity portfolio since June of this year in partnership with the Japan Research Institute (JRI), who has helped it develop an ESG ratings method.

In its new 2014 CSR report, it reveals that it has evaluated the level of commitment to ESG at each company in its Japanese equity funds, using data from the JRI.

For companies with a poor ESG rating it has started an engagement process; it is collaborating with new engagement firm Misaki Capital. Misaki was set up in October last year by former managers at Japanese fund-advisory firm Asuka Corporate Advisory Co. It sees a role in a changing landscape in Japan in which shareholders are encouraged to seek a dialogue with companies.

The SuMi Trust has also launched an initiative in which highly relevant global ESG issues are identified in each sector to prepare against downside risk. The SuMi Trust expects this initiative to be applied to other products in the future.It comes as the world’s largest pension fund, the JPY127trn (€948bn) Government Pension Investment Fund (GPIF) is undertaking research into ESG and stewardship as it looks to boost its holdings in Japanese companies.

The SuMi Trust has had a long-time commitment to responsible investment. It manages the flagship RI fund for Japanese stocks, one of the oldest responsible investment funds in Japan, which launched in 2003. It is also a member of the UN Environment Programme Finance Initiative (UNEP FI), the Natural Capital Declaration, and the UN-backed Principles for Responsible Investment (PRI). It has co-chaired the PRI Japan network since 2010 and is a signatory to Japan’s new Stewardship Code.

The SuMi Trust has also established an ESG Monitoring Committee which is chaired by the General Manager of the Asset Management Department.

Its CSR report also highlights the capital market reform under the ‘Abenomics’ programme of Prime Minister Shinzo Abe. This includes the introduction of Japan’s Stewardship Code, the GPIF reforms and the launch of the new JPX-Nikkei Index 400, which selects companies based partly on corporate governance.

It has been adopted by GPIF and the Bank of Japan as a new index and is attracting the attention of international investors.