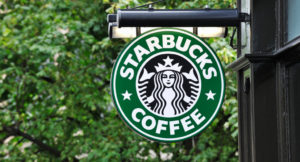 The credibility of Starbucks' sustainability bonds is in question after it scored zero in a human rights assessment – less than a week after the label was criticised for increasing the risk of greenwashing.

The coffee shop giant is one of the 106 companies called out by investors today for scoring zero on all the human rights indicators in the Corporate Human Rights Benchmark’s (CHRB) 2020 Corporate Report. The investor group, representing more than $5.8trn, includes Aviva, NN Investment Partners and Nordea Asset Management.

Most recently, in 2019, Starbucks issued a $1bn 30-year sustainability bond that promised to support ethically-sourced coffee and help fund the company’s Greener Retail commitments. US asset manager Nuveen bought $3m of the notes.

According to Sustainalytics, which provided the second-party opinion on the deal, “the social and green categories eligible for the use of proceeds”, relating to for example socioeconomic advancement and empowerment, green buildings and access to essential services, are aligned with those recognised by the Green Bond Principles, Social Bond Principles and Sustainability Bond Guidelines.

But on human rights, Camille Le Pors, who leads on the CHRB at the World Benchmarking Alliance, told RI that Starbucks has repeatedly scored zero on its human rights due diligence indicators, since the first iteration in 2017 – although she added they do have some commitments on human rights.

Weber added that the firm has “failed to show even the slightest evidence of undertaking human rights due diligence and has a continued and recent track record of using forced labour in its supply chains," referring to 2019 inspection results from coffee plantations in Brazil. "Such a company should not be rewarded for its sustainability performance”.

When the Green Bond Principles first announced it had created parallel sustainability bond guidelines in 2017, critics warned that the label is used too loosely to cover projects that do not adhere to any strict market expectations.

Just last week, Bram Bos, Lead Portfolio Manager Green Bonds at NN Investment Partners (NNIP), questioned the credibility of the 'sustainability' label for fixed-income instruments. “Sustainability loans and bonds lack standards and increase clearly the risk of greenwashing,” he wrote on LinkedIn in response to a separate post claiming that the National Australia Bank’s latest sustainability-linked loan is “greenwashing at its finest”.

This comes amid increasing pressure on ESG bond issuers to have a strong performance in these areas across the board. In December RI reported that NNIP had booted green bonds issued by the State Bank of India out of its investment universe following the bank considering lending to the Carmichael coal mine, run by Adani.

Meanwhile, the 208-strong investor group has called on the companies that scored zero in the CHRB report to increase their disclosure of how they identify, assess, mitigate, and remediate regarding human rights issues and impacts in their supply chains.

“We are expecting companies to take action in response to this latest outreach and, if not, we are fully prepared to invoke the proxy process to motivate laggard companies,” said Magdalena Kettis of Nordea Asset Management.

Nuveen, Starbucks, and ICMA had not responded to requests for comment at the time of publication.

Update: Since publication, Bram Bos has clarified that his comments about sustainability bonds referred specifically to sustainability-linked bonds.