Yahoo! Finance has removed a list of the 30 “most socially responsible companies” at the request of ESG data provider Sustainalytics, which described the US web provider’s ranking as a “highly inaccurate” reflection of its ratings.

Earlier this year, Wells Fargo agreed to pay $3bn in fines over the fake accounts scandal that engulfed the US bank in 2016.

Energy Transfer LP is the firm behind the highly controversial Dakota Access Pipeline, and Californian utility PG&E recently pleaded guilty to causing the wildfire deaths of 84 people because of faulty equipment in what is reported as the deadliest US corporate crime ever successfully prosecuted.

Yahoo! Finance, which has hosted Sustainalytics’ sustainability scores since 2018, claimed on the webpage that the list would help readers “discover and track stocks” that had the “highest Social scores as rated by Sustainalytics Research”.

But a spokesperson for Sustainalytics told RI yesterday that the list was “highly inaccurate”. It asked Yahoo! Finance to remove it – which it did yesterday.

Yahoo! Finance’s list, which had just shy of 4,000 followers before it was taken down, also prompted consternation on LinkedIn, following a post by Cary Krosinsky in which the ESG stalwart asked rhetorically: “Does this look like a list of the most "Socially Responsible Companies" to you?”.

Some responded by branding the list “a joke” and “disgraceful”.

Sustainalytics has now also responded to the post, stating: “Sustainalytics' company-level ESG ratings certainly do not align with the list generated by Yahoo!. The list on Yahoo! Finance is highly inaccurate, and we are in the process of working to help them correct the information.

RI understands that the list, which was public for several days before being removed, was the result of an algorithm error. 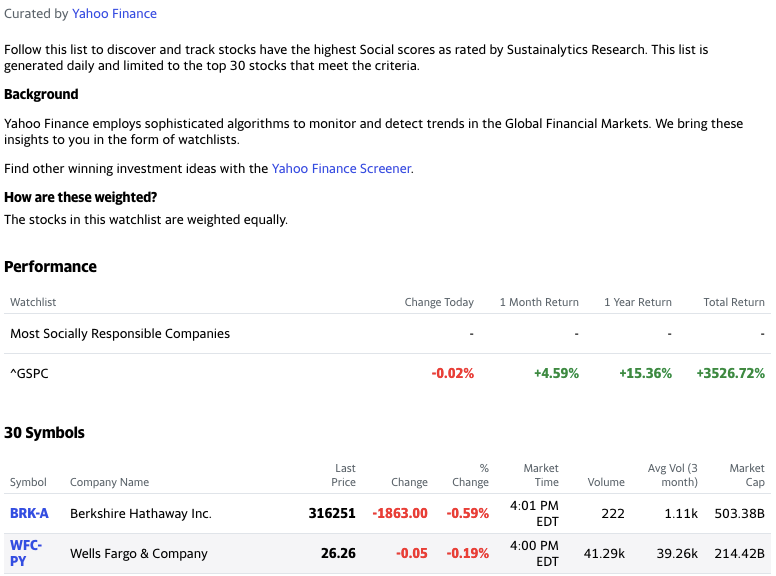 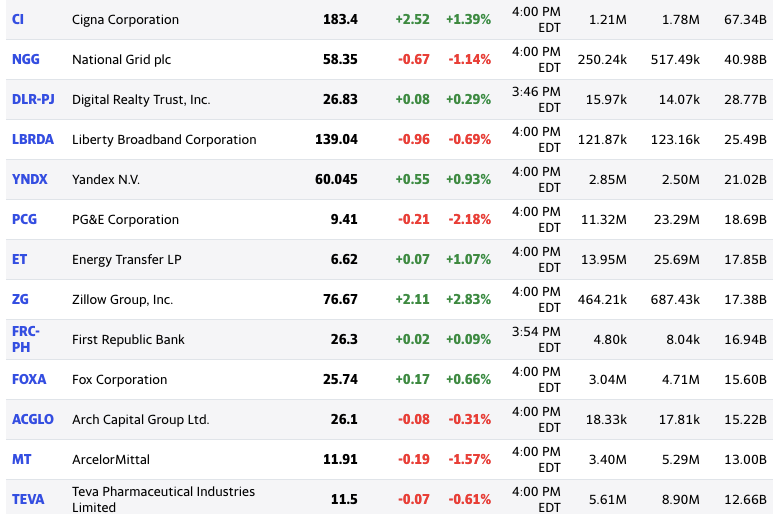 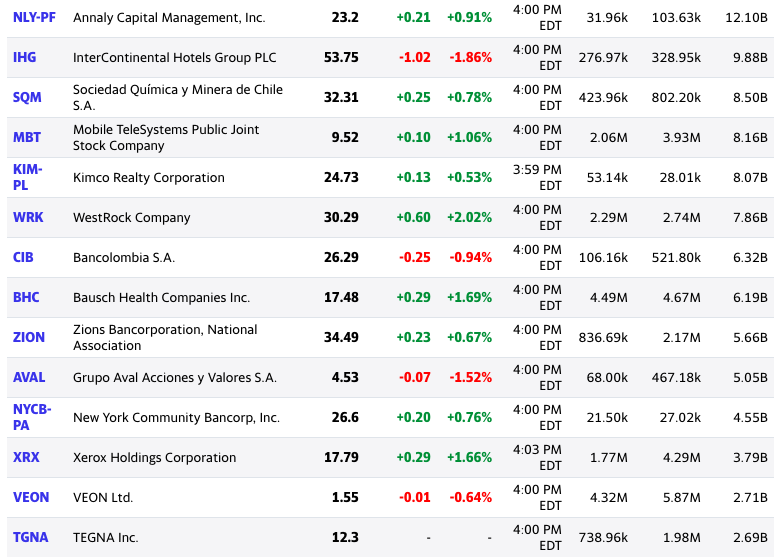